Why Didn't the "Red Wave" Materialize as Expected?

Heading into the 2022 midterm elections, the prevailing narrative indicated Republicans would easily gain a majority in both chambers of congress. While the party is still likely to gain a slim majority in the House of Representatives and has a fighting chance in the Senate, the performance fell below expectations.

What the Left is Saying: An article in Vox attributed the Democratic Party’s success to the overturning of Roe V. Wade and the negative influence of former president Donald Trump, believing Trump to have “alienated an even larger group of voters, including many swing voters, and the GOP suffered for that on Tuesday.”

What the Right is Saying: A writer in the Washington Examiner believes Republicans have an “enthusiasm problem,” blaming the disappointing night on poor candidate selection, stating, “something needs to change before 2024 — and fast.” A writer for the Daily Caller (Right Bias) pointed to Florida Governor Ron DeSantis, who handily won his reelection race, as the needed model for the party moving forward, believing DeSantis’s rise comes at the “opportune time for a party about to commence the process of choosing its next leader.” 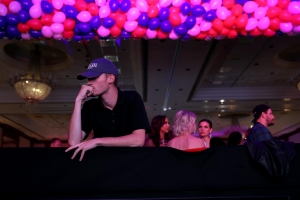 Donald Trump Jr’s early evening prediction of a “bloodbath” at the midterm elections did not come to pass, with the race to control Congress still tight early Wednesday as Democrats defied expectations by pulling off victories in several battleground states, while a number of right-wing Republican candidates fizzled out.

Both chambers of Congress are still in play early Wednesday, despite late polling suggesting blowout victories for the Republicans riding a so-called “Red Wave.”

While control of the Senate hangs in the balance, Republicans have not yet managed to gain a... 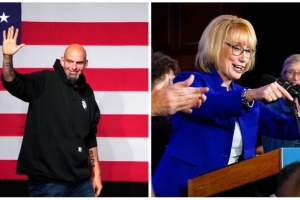 As the midterm elections come to a close and several key races remain undecided, it is evident that the predicted red wave did not strike as hard as Republicans had hoped.

Republicans are poised to flip the House, with the GOP holding 199 seats compared to Democrats holding 172 as of 6 a.m. on Wednesday morning. A total of 218 seats are needed for a majority.

The Senate still remains a toss up, as races are still too close to call in Arizona, Nevada, Georgia, and Wisconsin. So far, there... 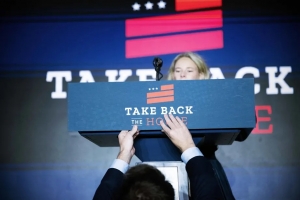 Democrats outperformed history and expectations with a surprisingly strong midterm elections performance Tuesday, with the promised red wave nowhere to be found.

The best news for the GOP is that they appear to be the favorites to narrowly retake the House of Representatives, though the outcomes of key races have not yet been called. Apart from that, the results so far are a litany of disappointments for Republicans.

In the Senate, the contests that will determine control — Georgia, Nevada, and Arizona — have not yet been called. But Democrats...