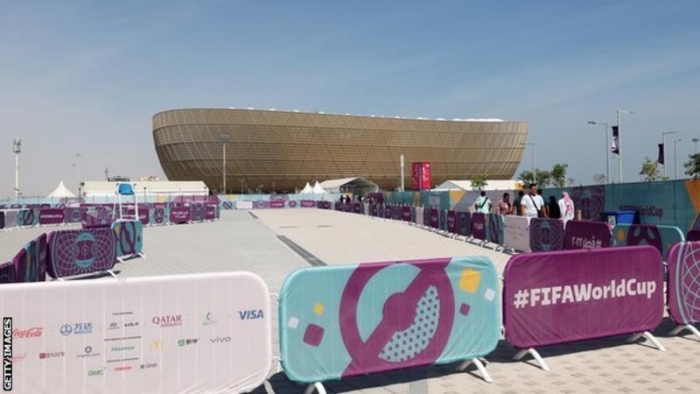 Alcohol will not be sold to fans at the World Cup's eight stadiums in Qatar after Fifa changed its policy two days before the start of the tournament.

Alcohol was set to be served "in select areas within stadiums", despite its sale being strictly controlled in the Muslim country.

Those in corporate areas of stadiums at the tournament will still be able to purchase alcohol.

The World Cup starts on Sunday when Qatar play Ecuador.

Budweiser, a major sponsor of Fifa, is owned by beer maker AB InBev and had...

News and Information about Sports
Go ad-free! Support AllSides.
About these ads
https://www.bbc.com/sport/football/63674631