Learn more about Lean Left ratings
Go to The Guardian
No Paywall
Our records indicate that content from this source is free to access. If this is incorrect, please email us to let us know.
Contents

The Guardian is featured on the AllSides Media Bias Chart™.

The Guardian is a news media source with an AllSides Media Bias Rating™ of Lean Left.

In 2004, a features editor asserted that "it is no secret we are a centre-left newspaper."

In the July 2021 AllSides Blind Bias Survey, in which people across the political spectrum rated content from The Guardian's news section without knowing the source, the average rating was Lean Left. 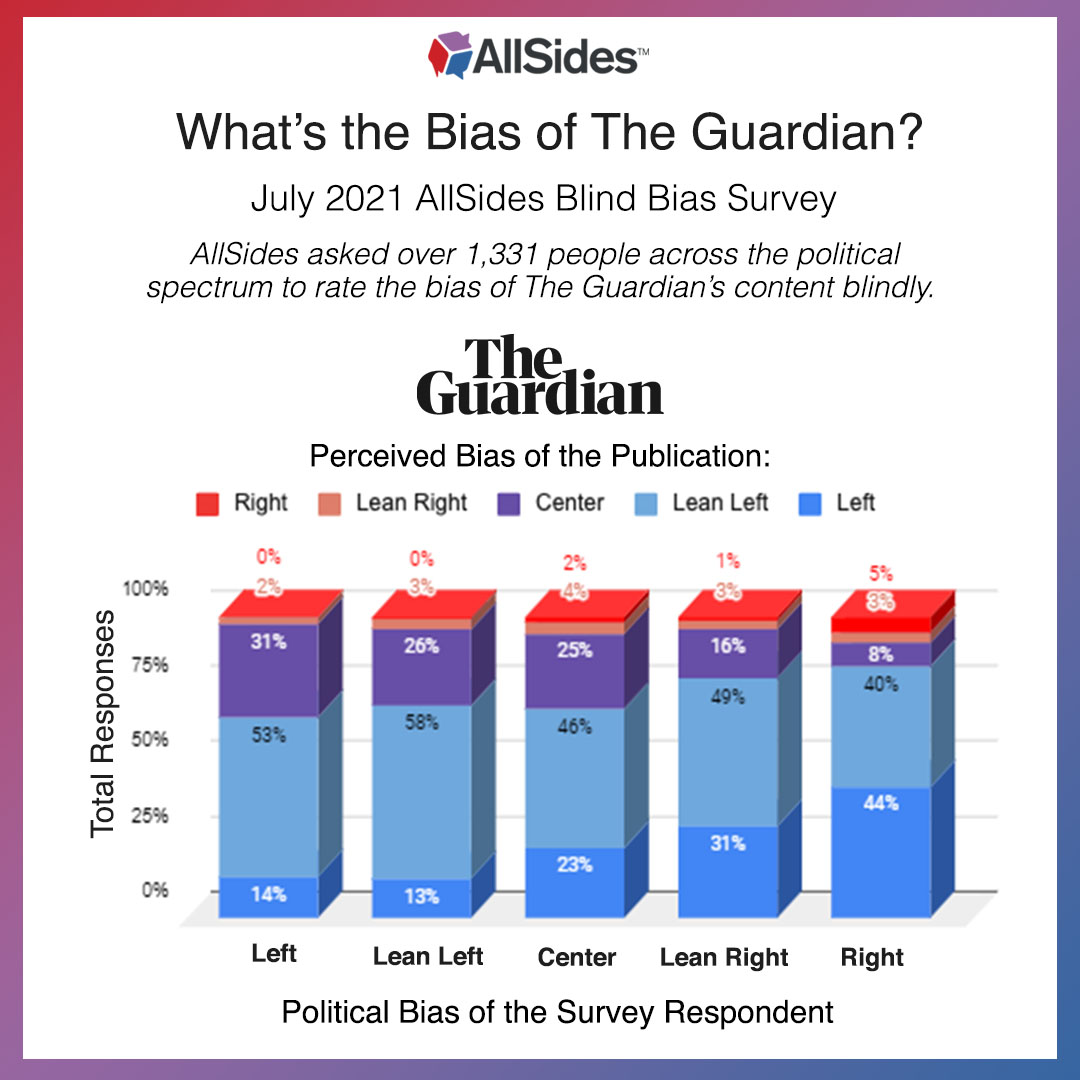 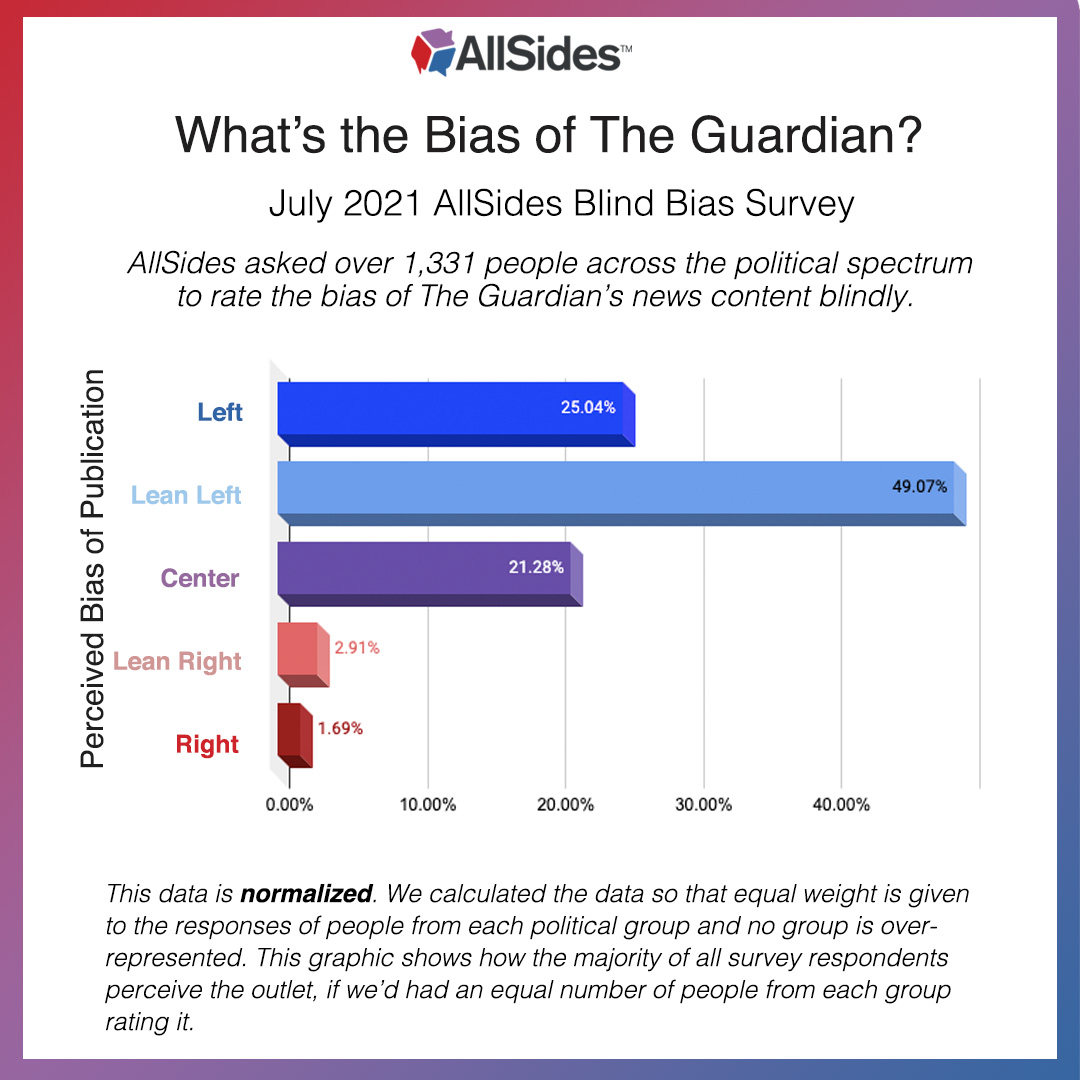 As of December 2022, people have voted on the AllSides Media Bias Rating for The Guardian. On average, those who disagree with our rating think this source has a Left bias.

As of December 2022, AllSides has medium confidence in our Lean Left rating for The Guardian. Two bias reviews have affirmed this rating or multiple reviews have returned differing results. If we perform more bias reviews and gather consistent data, this confidence level will increase.

The Guardian is a British national daily newspaper founded in reaction to the closure of a radical workers’ newspaper in 1821. The paper publishes content on its UK online edition, as well as its two international web sites, Guardian Australia and Guardian US. The newspaper’s print edition has an average daily circulation of 189,000 copies, behind the Daily Telegraph and The Times, and ahead of The Independent. Its online edition was the fifth most widely read in the world as of October 2014, with over 42.6 million readers.

History of The Guardian: Founded As Left-Wing Newspaper

The Guardian was founded in 1821 to promote liberal interests during a turbulent time characterized by massive worker movements and growing anti-Corn Laws campaigns. It maintained its role as the voice of the left despite facing several financial hurdles over the years. By the 1970s and 1980s, a period of polarized politics in Great Britain, The Guardian’s opinion pages helped spawn the center-left SDP party. Meanwhile, its letters page was where the battle for the future direction of the Labour Party played out.

When The Independent was launched in 1986, it solidified its position as a centrist British newspaper alongside The Guardian on the left and the Times and Telegraph on the right. A large majority of current readers vote for either the Labour or Liberal Democratic Parties, while the paper has traditionally endorsed one of those two parties during general elections.

Political Leaning of The Guardian's Audience

The Guardian Ownership and Funding

Articles from The Guardian