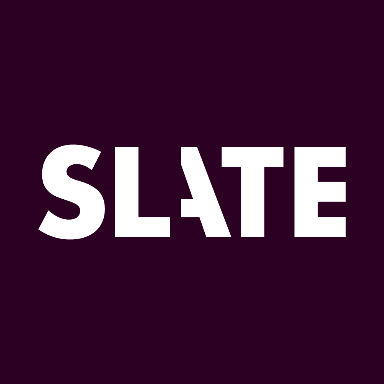 What a Left Bias Rating Means

The source displays media bias in ways that strongly align with liberal, progressive, or left-wing thought and/or policy agendas. A Left rating is our most liberal rating on the political spectrum.

Learn more about Left ratings
Go to Slate
Possible Paywall
Some content from this source may be limited or behind a paywall.
Contents

Slate is featured on the AllSides Media Bias Chart™.

Slate is a news media source with an AllSides Media Bias Rating™ of Left.

What a "Left" Rating Means

Sources with an AllSides Media Bias Rating of Left display media bias in ways that strongly align with liberal, progressive, or left-wing thought and/or policy agendas. This is our most liberal rating on the political spectrum.

An independent review of Slate conducted in April 2022 by a member of the AllSides panel confirmed the rating of Left.

The reviewer found that while much of Slate's content was opinion and analysis content on nonpartisan topics, content on partisan topics almost always criticized Republicans or advocated positions usually associated with the political left.

In September 2018, AllSides conducted an Editorial Review of Slate. We decided to move Slate's bias from a Lean Left to Left.

The AllSides team found that Slate never includes a Right-leaning perspective on its website, making it unbalanced. Opinion pieces on Slate are often labeled news, making it unclear to readers what is fact and what is opinion. In its news reporting, Slate often uses subjective and emotional words.

At the time of review on Sept. 6, 2018, we noted that multiple pieces of Slate content labeled "news" were not balanced, and gave readers only a Left perspective on issues of the day. For example, that day a piece on the site claimed that the Brett Kavanaugh Supreme Court nomination is "a matter of life and death" for women — a subjective statement. Another piece claimed the Trump administration was "ignoring" rules against indefinite detention of undocumented children, when in reality the administration released documents proposing to amend them. Another Slate piece labeled "news" opened, "Donald Trump, who is somehow the president, did an interview..." Slate's framing of these issues and subjective language has a clear Left media bias.

As of January 2023, people have voted on the AllSides Media Bias Rating for Slate. On average, those who disagree with our rating think this source has a Lean Left bias.

As of April 2022, 10,209 AllSides readers agreed with the Left rating. 3,693 disagreed; on average, those who disagreed suggested a rating of Lean Left.

As of January 2023, AllSides has low or initial confidence in our Left rating for Slate. If we perform more bias reviews and gather consistent data, this confidence level will increase.

According to Wikipedia, Slate is an "online magazine that covers current affairs, politics, and culture in the United States from a liberal perspective."

Slate describes itself as a "daily magazine on the web," a "podcast network," and "a general-interest publication offering analysis and commentary about politics, news, business, technology, and culture."

Slate is a United States-based, English language online current affairs and culture magazine created in 1996 by former New Republic editor Michael Kinsley, initially under the ownership of Microsoft as part of MSN. On 21 December 2004 it was purchased by the Washington Post Company. Since 4 June 2008 Slate has been managed by The Slate Group, an online publishing entity created by the Washington Post Company to develop and manage web-only magazines.

According to a 2014 Pew Research study, a clear majority of Slate's audience (76%) is left-of-center.

In December 2016, Fox News published a piece titled: "BIAS ALERT: Slate switches from defense of Electoral College to calling it a tool of white supremacy."

At a May 2015 annual retreat, Slate asked staffers and Slate Plus members about the magazine's perceived "left-liberal leanings." According to Slate, many "reiterated the point that integrity—as measured in fidelity to facts and rigorous critical thinking—was far more important than any semblance of ideological 'balance.'" Slate also said that some were attracted to the magazine because of its "left-of-center point of view." Others suggested "adding more conservative voices," "working harder at achieving geographic diversity" and "scaling back" coverage of identity politics.

This content was curated by AllSides. See our Balanced Newsfeed.
OpinionJanuary 27th, 2023

How Yoga’s Spiritual Origins Set Studios Up to Fail
Slate