Trump v DeSantis: Republicans split over 2024 run and predict ‘blood on the floor’

Elections, 2024 Election, Donald Trump, Ron DeSantis
Save for Later
From The Left 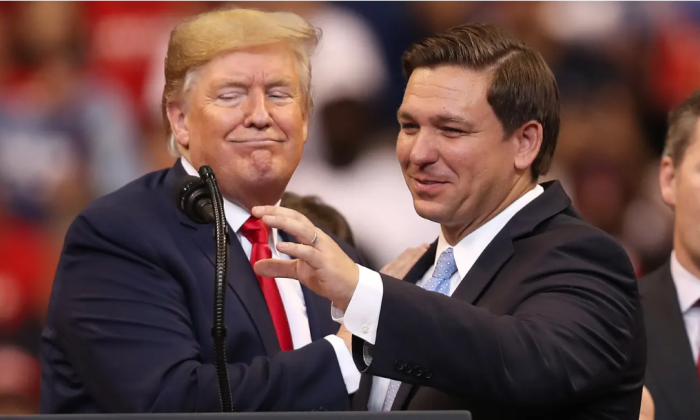 Terri Burl was an early member of Women for Trump. As chair of her local Republican party branch in northern Wisconsin, she twice campaigned vigorously for his election in the key swing state. By the time Trump left office, Burl rated him the greatest president since Ronald Reagan. Maybe even better.

But now Burl has had enough.

She views the prospect of Trump announcing another run for the presidency –...

The Cold Calculus Behind the Shrinking GOP Presidential Field
Politico