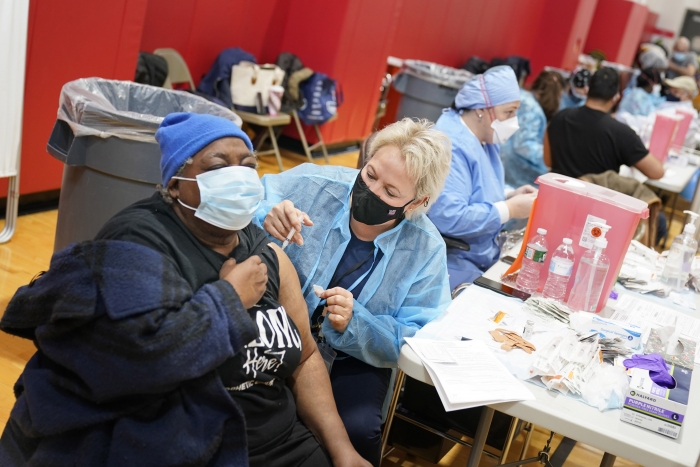 Some local officials around the U.S. are canceling thousands of hard-to-get coronavirus vaccine appointments—another setback that could derail an already-troubled national public health campaign.

From New York City to South Carolina, officials have rescheduled or canceled appointments, citing various problems with supply. The missed appointments, which come as some city officials warn they’re also running low on shots, could further prolong the U.S. rollout as the new Biden administration tackles an apparent lack of national planning from Trump officials.

President Biden and moderate Senate Democrats have struck a deal to limit eligibility for direct stimulus checks to Americans, lowering the income level for...

President Biden has agreed to narrow eligibility for a new round of $1,400 stimulus payments in his $1.9 trillion coronavirus relief bill, a concession to...

The vaccine race against the coronavirus variants, explained
ANALYSIS

The world is now locked in an arms race with Covid-19, as multiple effective vaccines are being deployed (at staggeringly different rates) around the world. At...

Governors across the country have begun to rescind policies meant to stem the coronavirus’s spread, even as the rapid drop in new infections begins to stall...

Senate Democrats have struck a deal to lower the income cut off for receiving a stimulus payment as part of the coronavirus bill, a Democratic aide confirmed...

'When will it end?': How a changing virus is reshaping scientists’ views on COVID-19

Chris Murray, a University of Washington disease expert whose projections on COVID-19 infections and deaths are closely followed worldwide, is changing his...

Now that Texas’ mask mandate is ending, florist Lucy Alanis is reconsidering a rare treat she allowed herself in Dallas during the coronavirus pandemic: the...

The U.S. Senate is expected to vote as early as Wednesday on whether to move forward on President Joe Biden’s $1.9 trillion coronavirus relief package, an...

The Senate on Wednesday is slated to advance a $1.9 trillion spending package after working out a deal with centrist Democrats on stimulus checks and enhanced...

Community pharmacies say they can play a critical role in COVID-19 vaccine rollout, but they are not receiving as much vaccine proportionately as the...

President Biden took a swipe at Republican governors in Texas and Mississippi Wednesday, accusing them of "Neanderthal thinking" following their decision to...