‘Hamilton’ film offers our imperfect union a message of hope 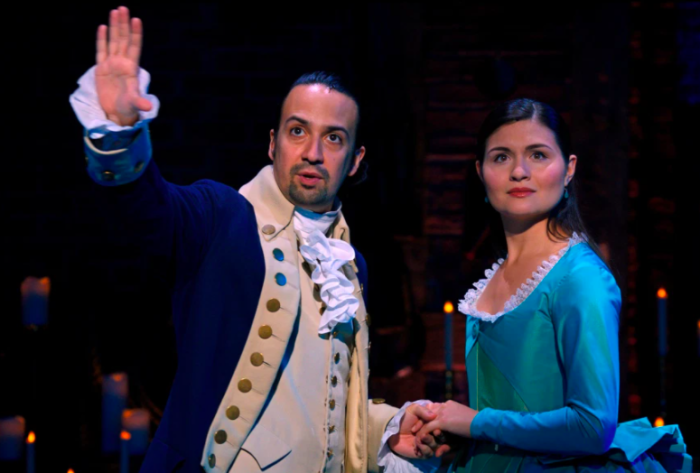 Not long after we went into quarantine — all of us just beginning to understand the magnitude of it, feeling so much fear and uncertainty — Lin-Manuel Miranda and Bob Iger announced that a filmed version of “Hamilton” would be released earlier than scheduled. It would stream to homes on the Fourth of July weekend.

It’s a hell of a gift for our nation’s birthday.

(CNN) -- This Fourth of July weekend, which finds much of America reeling from a rocky first half of 2020, the mainstream and social media hype can be summed...

After more than a month of nationwide protests against police brutality, many entertainers are finding ways to speak out about racial injustice. This past week...

The motion picture academy on Friday announced a fresh set of measures aimed at boosting representation both within the group and across the film industry as a...

Cop shows won’t just disappear. How can we reinvent them?
ANALYSIS

In recent weeks, as protests against police violence have spread nationwide in the wake of George Floyd’s death in Minneapolis, TV critics and others who cover...

Comedian Kevin Hart, singer Katy Perry and other stars have come to Ellen DeGeneres' defence after allegations that her TV show is a toxic workplace....

But is it art? Standup comedy and the quest for cultural credibility
ANALYSIS

Arts Council England (ACE) has recently taken the unprecedented step of including comedy as a form of theatre under the terms of the Culture Recovery Fund,...

New York health officials are conducting an investigation into a Hamptons concert over the weekend headlined by the Chainsmokers, after seeing online video and...

A daylong hostage standoff in Ukraine reportedly ended on Tuesday after the country’s president consented to a gunman’s demand and shared a video recommending...

Reactions to the Hamilton Film

Brad Garrett called out Ellen DeGeneres over her apology to staff, noting that stories of the allegedly toxic work environment on her daytime talk show were “...

ViacomCBS announced late on Tuesday evening that they had terminated their relationship with left-wing entertainer Nick Cannon after the actor made remarks...

Ben Stiller will not be caving to the woke mob by removing President Trump’s cameo from his 2001 comedy “Zoolander.” Speaking on The Daily Beast podcast “...