Trump appears to joke, blames Trudeau for being cut from 'Home Alone 2' in Canada 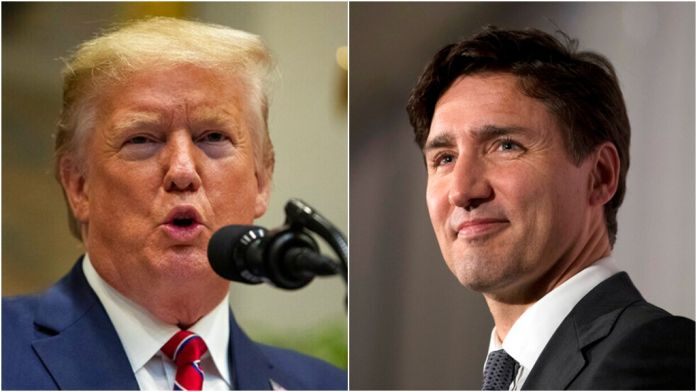 President Donald Trump on Thursday appeared to joke about his cameo being cut from the Canadian Broadcasting Corporation’s version of "Home Alone 2: Lost in New York."

“I guess Justin T doesn’t much like my making him pay up on NATO or Trade!,” Trump tweeted, referring to Canadian Prime Minister Justin Trudeau.

AllSides Media Bias Rating: Lean Right
You disagree.
Thank you! Community votes alone don't determine our ratings, but are valuable feedback and can prompt us to do more research.
65474/55714

The Billion-Dollar Disinformation Campaign to Reelect the President
ANALYSIS

One day last fall, I sat down to create a new Facebook account. I picked a forgettable name, snapped a profile pic with my face obscured, and clicked “Like” on...

Jonah Goldberg, the conservative author and longtime fixture at National Review, used to have a go-to metaphor he’d deploy whenever he found himself defending...

Finland is winning the war on fake news. What it’s learned may be crucial to Western democracy

Helsinki, Finland (CNN) – On a recent afternoon in Helsinki, a group of students gathered to hear a lecture on a subject that is far from a staple in most...

Two Muslim US congresswomen have been targeted by a vast international operation that exploits far-right pages on Facebook to inflame Islamophobia for profit,...

Quick Take A fabricated newspaper clipping is circulating online claiming a teenage Pete Buttigieg was arrested in the late 1990s for killing dogs. The...

Fake news, misinformation, and disinformation will be major concerns in the 2020 presidential election. According to previous research by the Pew Research...

How to Fight Fake News

In the era of disinformation campaigns, deepfakes and clickbait, being able to identify quality information has become an essential part of being a responsible...

CBC confirmed Thursday it deleted a scene featuring Donald Trump from the movie Home Alone 2: Lost in New York, but the broadcaster says the cut occurred...

President Donald Trump accused CNN of manipulating video to make it appear that “massive crowds” protested his decision to move the U.S. Embassy in Israel to...

There's a long way to go, but the Covington Kids have struck the first blow in returning accountability to news media. A year after he and his family's name...

Are you distrustful of coverage of what is happening now in northern Syria between the Kurds and the Turkish army? You have good reason to be. ABC aired...

Hey Democrats, ‘Disinformation’ Can Sort Itself Out
OPINION

Facebook’s refusal to ‘fact-check’ political speech has the DNC up in arms. Facebook recently stated that it will neither censor nor “fact-check” statements...

A letter sent from House Democrats to Vice President Mike Pence requesting documents as part of the impeachment inquiry was based on "fake news," the vice...