Right Responds To Cancel Culture By Building Its Own Infrastructure, And The Left Goes Nuts 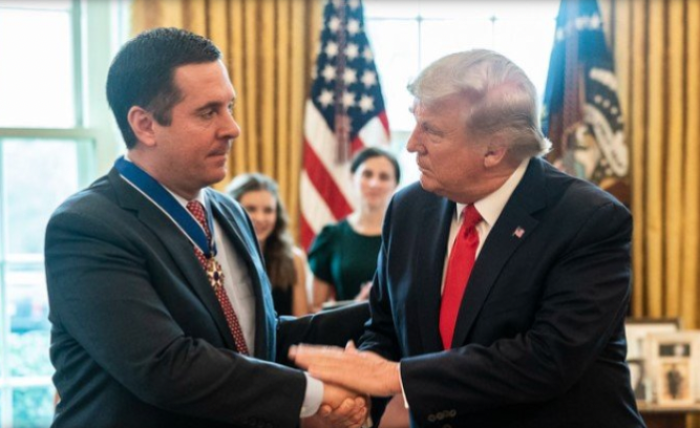 We can’t have people free to bank, communicate, work, report and read news, and more without the threat of losing their livelihoods. How will leftists control everyone then?

The left began by chastising conservatives for supposedly building “its own echo chamber,” but by the next day, when news broke that Devin Nunes was resigning from Congress to serve as the CEO of Donald Trump’s new media company, the complained-of conservative ecosystem merely represented grift. Both narratives are false, however, which is precisely why leftists peddled them so hard.

Axios launched the “echo chamber” accusation with its article titled, “Right wing builds its own echo chamber.” “Conservatives are aggressively building their own apps, phones, cryptocurrencies and publishing houses in an attempt to circumvent what they see as an increasingly liberal internet and media ecosystem,” the Axios article began.

The article then highlighted plans for the YouTube alternative Rumble and Trump’s social media company, Truth Social, to expand their reach by taking the companies public. Also highlighted was the social app Gettr that former-Trump aide Jason Miller launched, as well as conservative efforts to compete in cryptocurrency, phones, cloud storage, and book publishing.