voting rights and voter fraud, For the People Act, Amy Klobuchar, Joe Manchin, H.R. 1
Save for Later
From The Center 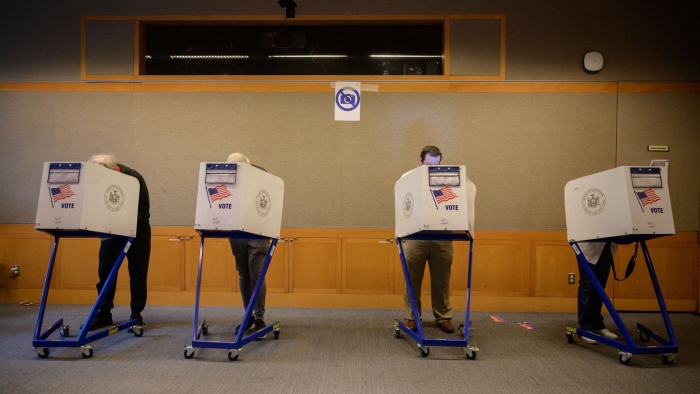 Senate Democrats on Tuesday introduced a pared-down voting bill — with support from both progressive and centrist wings of the party — aimed at expanding voter access and countering nationwide Republican-led efforts to alter election laws.

Why it matters: The Freedom to Vote Act is the product of negotiations overseen by Majority Leader Chuck Schumer (D-N.Y.) and was built of a framework put forward by Sen. Joe Manchin (D-W.Va.), whose vote is crucial to Democratic efforts to advance legislation in the chamber.

It is less expansive than the Democrats' previous voting rights push, which had failed to get Manchin's support.

Yes, but: The measure still needs 60 votes to break the Senate filibuster, leaving Democrats in the same place they’ve been on voting rights for months, writes Axios' Alayna Treene.

This package is also losing the battle for attention as it competes with a jam-packed fall Congressional schedule that includes the presidents dual infrastructure bills, government funding and raising the debt limit. Those measures are considered higher priority for the Biden administration.

NEWS
'I Believe There Were Irregularities' in the 2020 Election: What Pence Says to Angry MAGA Fans About What He Did on Jan. 6
CBN

Analysis
What’s in the new Republican voting law that passed in Texas?
Vox