Free Speech, Cuba
Save for Later
From The Right 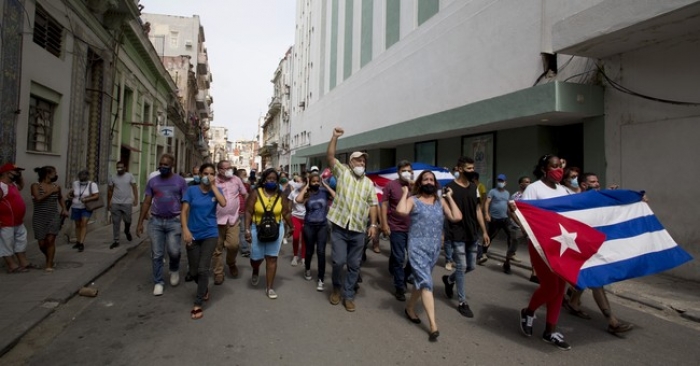 Are they still protesting in Cuba?

The Cuban government has shut off the Cuban people's internet.

The big demonstrations began four weeks ago, sparked, curiously, by a rap song. The key lyric is: "Freedom! No more Doctrine!"

"Doctrine" refers to the "constant cycle of propaganda" from the government, explains Cuban emigre Alian Collazo in my newest video.

Sadly, silly TV reporters in America claimed the protests were about "hunger, pandemic restrictions and the lack of COVID vaccinations," or, according to ABC's George Stephanopoulos, "food and fuel shortages."

"Nonsense!" says Collazo. The cause is clear. "The protesters were yelling, 'Down with communism!' and 'Libertad! Liberty!'"

Democratic socialist Rep. Alexandria Ocasio-Cortez claimed, "They are protesting the lack of materials during the pandemic, particularly the lack of medical supplies."

Collazo is bewildered. "She speaks Spanish! Can she not listen to what the Cuban people are saying? 'Libertad' means 'freedom'!" It's true that Cubans want food, "but if you don't have liberty, you don't have food."

The embargo is absurd and counterproductive.

But that misses the point.