Are there 28 new, restrictive voting laws? Not exactly

voting rights and voter fraud, Elections, election law, Facts and Fact Checking
Save for Later
From The Left 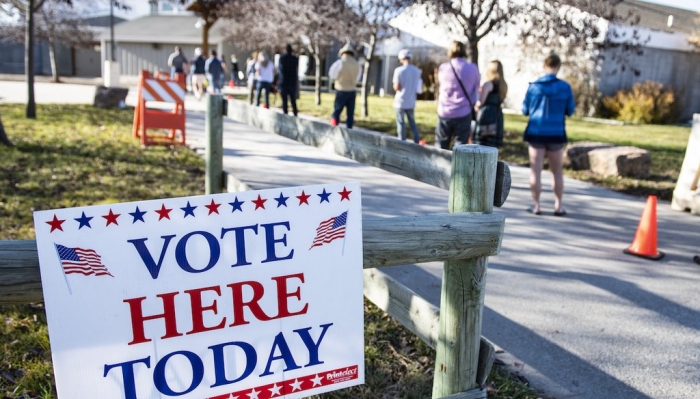 As President Joe Biden seeks to enact national voting rights legislation, he has turned his attention to attacking new state laws that he says will restrict voting.

​​"This year alone, 17 states have enacted — not just proposed, but enacted — 28 new laws to make it harder for Americans to vote," Biden said during a July 13 speech in Philadelphia on voting rights.

Biden was referring to a mid-June list of 28 election-related laws that the left-leaning Brennan Center for Justice at New York University says "restrict access to the vote."

Many other Democrats have...

Two weeks after the 2020 election, a team of lawyers closely allied with Donald J. Trump held a widely watched news conference at the Republican Party’s...

Former President Trump on Friday laid into the news media after a draft report of the 2020 election audit in Arizona reaffirmed President Biden’...

Senate Democrats on Tuesday introduced a pared-down voting bill — with support from both progressive and centrist wings of the party — aimed at...

Texas Gov. Greg Abbott (R) signed a sweeping voting bill on Tuesday, making it the latest state to approve stricter voting laws in the aftermath of the 2020...

Texas Republicans on Tuesday passed a series of new restrictions on the state's voting process, concluding a months-long legislative effort by sending the...

Thousands are marching in Washington, D.C., and across the country on Saturday in a push to pass federal voting rights legislation. Saturday marked the 58th...

The hand recount of the 2020 Maricopa County, Ariz., election results found that President Biden defeated former president Trump in the county by a slightly...

No, the election wasn't stolen. But voter integrity is still a massive issue deserving...
OPINION

There is no excuse for conspiracy theories alleging the 2020 presidential election was somehow wrongly decided due to massive fraud, and we will not offer any...

Biden violating his campaign pledge, 'politicizing' DOJ to do his bidding, legal experts...

President Biden is facing harsh criticism from legal experts and elected officials for violating his campaign promise to keep the Department of...

Civil rights groups on Friday filed a lawsuit in federal court trying to block Texas’ new voting legislation, saying it would violate the civil rights of...