Elections, 2022 Election, NRCC
Save for Later
Add to My Front Page
From The Right 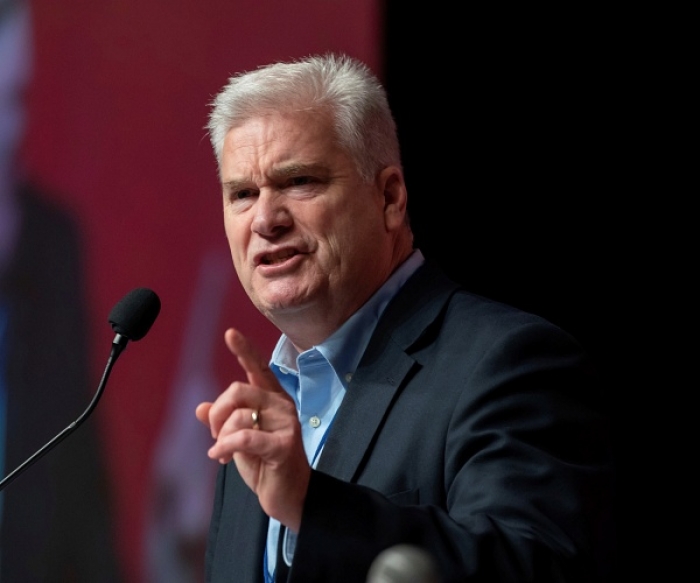 The National Republican Congressional Committee is targeting 10 additional Democrats in the House for 2022 as the GOP looks to regain control of the chamber.

Roll Call noted all 10 of the incumbent Democrats are in states set to lose a House seat as result of the 2020 census.

The seats are in addition to the 47 Democrat-held seats the NRCC announced in February were being targeted.

The initial 47 were broken into three groups. In the first group, there are 29 Democrats who hold districts where there were tight...

Read full story
Some content from this outlet may be limited or behind a paywall.
Elections, 2022 Election, NRCC

Debra Ell, a Republican organizer in Michigan and fervent supporter of former president Donald Trump, said she has good reason to believe the 2020 presidential...

One is a low-key former astronaut who preaches moderation and collaboration. The other is a progressive pastor willing to kill the filibuster to pass a...

In California, a campaign to oust Gov. Gavin Newsom qualifies for the ballot.

Fueled by partisan fury and a backlash against pandemic shutdowns, a Republican-led campaign to oust Gov. Gavin Newsom of California has officially qualified...

Caitlyn Jenner is not Arnold Schwarzenegger. The reality TV star’s entry Friday into the California governor’s race is raising the specter of a celebrity-...

House Democrats are beginning to confront the challenging reality awaiting them in the 2022 midterm elections amid a spate of retirements and dim redistricting...

The effort aimed at recalling California Gov. Gavin Newsom (D) has enough signatures to qualify for the ballot, according to data released by the California...

Earlier this month, New Jersey’s Department of Education launched a citizen engagement process asking students, teachers and parents to vote on ideas for...

Florida Gov. Ron DeSantis (R) will speak to a local Pennsylvania Republican Party next month, fueling further speculation that he’s laying the groundwork for a...

Republicans in Southlake, Texas, a community northwest of Dallas, swept local elections and took over the school board as voters rebelled against a proposal to...

The effort to recall California Gov. Gavin Newsom has received the necessary number of verified signatures to trigger a recall election later this year. The...

Five House Democrats that Republicans consider "vulnerable" in next year's midterm elections are being targeted by the House GOP's reelection arm over the push...