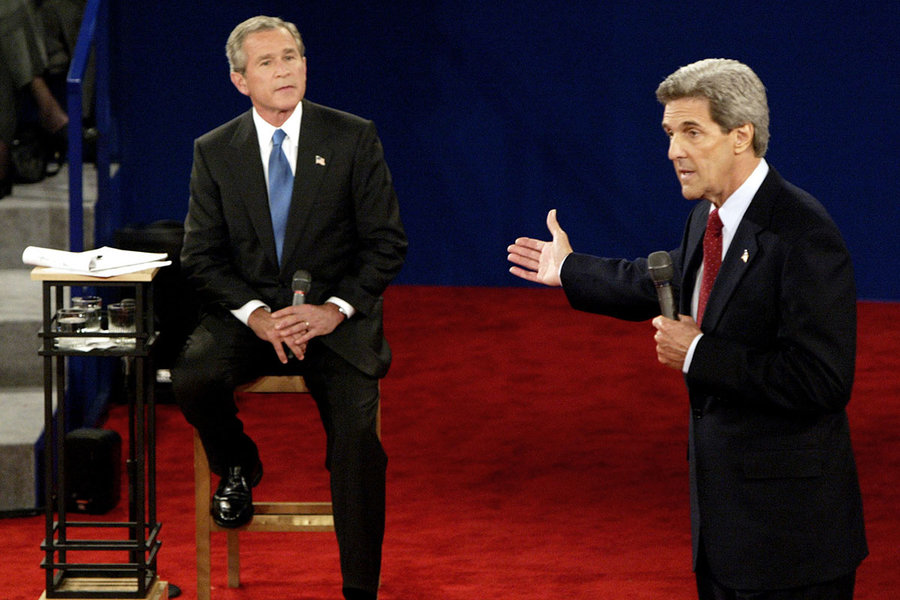 The 2004 campaign cycle was the last time Democrats were faced with trying to oust a Republican president. The way voters are evaluating their candidates feels strikingly similar.

Lately, I’ve been thinking about the 2004 campaign – and all the ways in which the current cycle resembles it.

In 2003, Democrats were intent on ousting an incumbent Republican who had previously lost the popular vote, and whom many labeled one of the worst presidents in history. Liberals accused President George W. Bush of being dumb and dishonest ,...

Go ad-free!   About these ads
More news about Elections
https://www.csmonitor.com/USA/Politics/Politics-Watch/2019/0919/For-clues-about-2020-campaign-look-back-to-2004