AllSides reveals media bias and helps heal political polarization on immigration and other related issues, including Mexico, the border crisis and homeland security. Burst your filter bubble: understand perspectives and stances from liberals, conservatives, progressives, and everyone in between on immigration — explore fact checks, data, pro-con arguments and balanced news. 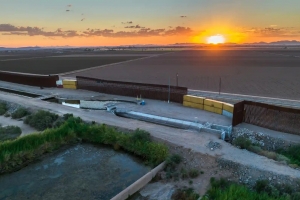 From the Right
Nearly 600,000 Migrants Released Into US Without Court Date
Newsmax (News)

From the Left
Nearly 600,000 migrants who crossed the border since March 2021 were released in the U.S. with no immigration court dates
NBC News (Online)

See how The Daily Caller, Just The News and NBC News (Online) cover this story.

How is Biden Responding to the Crisis at the Southern Border? 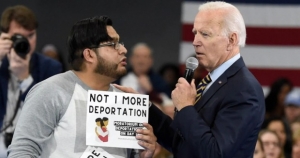 When Biden Trips Over the Border

The last thing Joe Biden needs right now is another crisis. But it looks like that's exactly what he’s getting. 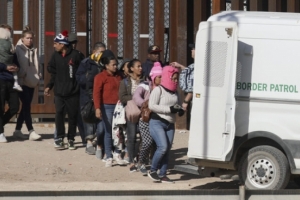 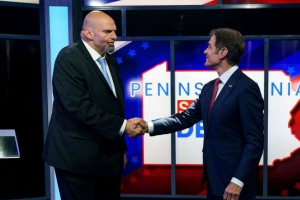 History of immigration to the United States
Wikipedia

Most Americans Are Critical of Government’s Handling of Situation at U.S.-Mexico Border
Pew Research Center

Background
Restoring the Rule of Law Through a Fair, Humane, and Workable Immigration System
Center For American Progress

Should the Government Allow Immigrants Who Are Here Illegally to Become US Citizens?
ProCon.org

Background
Is Illegal Immigration an Economic Burden to America?
ProCon.org

What are the solutions to illegal immigration in America?
ProCon.org

In Defense of Deportation
The Daily Caller

Is Undocumented Immigration Into the United States a Problem?
Kialo
Conversation Guide

Balanced News about Immigration on AllSides from the Left, Center and Right

Balanced News about Immigration from Across the Web Powered by Google. Enhanced by AllSides.