While for some this represents the legitimate reflection of a blessing of living in a land of exceptional freedom and opportunity for personal advancement - for others, this represents the overstated and harmful expectation that living in America will somehow provide a lift to people otherwise hurting.

Dating back to Horatio Alger’s novels, the American Dream notion reflects what many consider a realistic and legitimate path available for all Americans to rise up from humble beginnings. Some see this as associated with America as a blessed nation by God - as long as they remain deserving.  To others it represents a unique quality of the American system, in which hard work and responsibility determine outcome more than inherited position.

For many others, this is an illusion that fails to play out in most people's experience. From this vantage point, invoking it helps reinforce the current class system by providing naive hope for lower classes to rise within the current system. To these Americans, the reality that some do achieve the American Dream can be used to support the frequent judgment that a failure to do so somehow is due to a lack of determination and hard work on the part of those for whom the American dream has remained elusive. Most mentions of the American Dream these days in visual humor are cynical and pejorative: 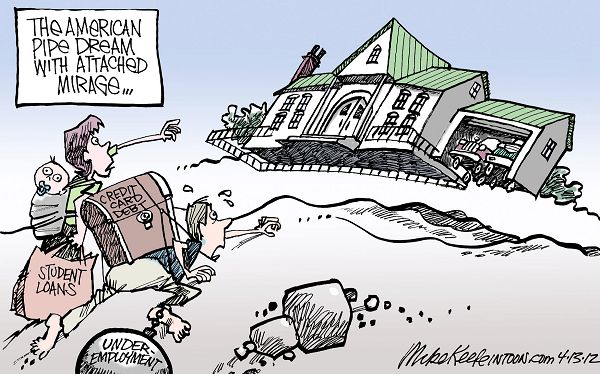 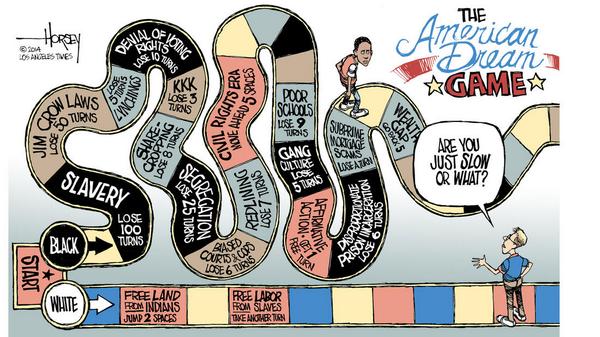 -Do you believe the American Dream is a real thing?  If so, why?  If not, why?

Nickel And Dimed: On (Not) Getting By In America