Conservative network One America News (Right bias) has been dropped from Verizon's television product after its contract with the network expired.

A Verizon spokesperson said "negotiations were focused on economics" and that "OAN failed to agree to fair terms." Verizon was the largest pay-TV provider carrying OAN after DirecTV didn't renew its contract earlier this year. Some on the right accuse lawmakers of conspiring to silence OAN, citing a letter from several House Democrats to major TV providers expressing concerns over the role they play "in disseminating misinformation to millions."

OAN host Pearson Sharp said on July 6 that "not only are private companies now determining what information you are allowed to see, but there are members of our own government who are using their power to shut down anyone they disagree with." OAN posted a message to its website in mid-July asking Comcast and Charter Spectrum customers to tell the networks "that you want OAN added to your channel lineup." Former President Donald Trump praised OAN and accused Verizon of making the move "for purely political reasons."

Few right-rated sources covered Verizon dropping OAN. A Breitbart article framed the move as Democrats "blacklisting" pro-Trump perspectives, saying it represented "a rapidly escalating trend in the deplatforming of conservative media." Left- and center-rated sources covered the news more frequently. Many on the left framed it as a rebuke of Trump's false election claims and OAN's purportedly unsustainable business model, and painted lawsuits involving OAN as justification for Verizon's decision. 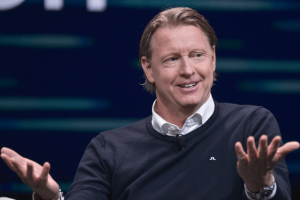 One America News (OAN) is at risk of being completely blacklisted by the corporate left after Verizon Fios, the largest pay-TV network still carrying OAN, effectively blaclisted the conservative channel following pressure from leftist advocacy groups.

A channel carriage contract between Verizon and OAN was set to expire at the end of this month, and Verizon says it will not reach a deal with OAN to renew it.

Verizon’s decision came after relentless pressure from leftist organizations like Media Matters and Free Press, as well as Democrat politicians. It also...

Read full story
Some content from this outlet may be limited or behind a paywall.
See full media bias rating for Breitbart News
From the Center
5183
Media Bias
Donald Trump Slams 'Political' Decision to Drop 'Amazing' One America News
Newsweek 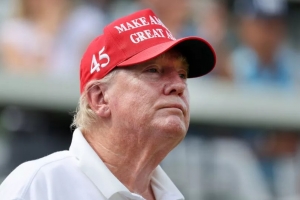 Verizon confirmed last week that it would stop carrying OAN on its Fios television service from July 31.

The move means OAN, a staunchly pro-Trump channel that has been accused of promoting the former president's baseless claims about the 2020 election, is left with almost no television providers.

Trump took to his Truth Social platform, launched after he was banned from Twitter and other sites after the January 6 attack on the U.S. Capitol, early on Sunday to...

Read full story
Some content from this outlet may be limited or behind a paywall.
See full media bias rating for Newsweek
From the Left
5183
Media Bias
Farewell to OAN, the Network for Loons and the President They Loved
Slate 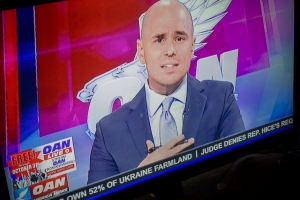 Once upon a time there was a cable news network that nobody liked. Nobody except the loons, that is: those very special people who willfully eschew logical reasoning and the established corpus of knowledge in favor of febrile theories, weird cultural grievances, and other made-up bullshit. As luck would have it, there were enough loons out there for the network to be aired by many cable providers, and to reap millions of dollars in carriage fees year after year after year. Then, in a shocking development, one of America’s foremost...