South Africa said in a statement Saturday that "excellent science should be applauded and not punished" in response to the several nations across the globe swiftly authorizing temporary travel bans against the region after they detected the new Omicron coronavirus variant.

The Omicron variant has now been detected in Hong Kong, Israel and Botswana — yet many South Africans are "feeling punished for the work" that they do. "This latest round of travel bans is akin to punishing South Africa for its advanced genomic sequencing and the ability to detect new variants quicker," the media statement read. Lindiwe Sisulu, South Africa’s tourism minister, called the travel restrictions "devastating" as their economies are heavily reliant on tourism. Some South African health officials say the temporary travel bans will "discourage different countries from sharing information which might be very important for global public health." The World Health Organization listed Omicron as a "variant of concern" on Friday and urged countries against travel restrictions at this stage. After two cases of the new variant were detected in the United Kingdom with a "link to travel to Southern Africa," countries across Europe and Asia implemented their own travel restrictions. President Biden announced Friday that the United States will restrict entry for non-US citizens from South Africa and seven other countries starting on Monday.

Some outlets noted that COVID-19 cases in South Africa have doubled over the past week and that only around 24% of South Africans are fully vaccinated. Most right-rated outlets did not report on South Africa's media statement over the weekend, instead focusing on the purported hypocrisy of Biden's travel restrictions and the stock market plummeting on Friday. Left-rated outlets highlighted comments from South African officials that called the travel bans "a wrong approach" and that "the West’s hoarding of vaccines helped create their struggle in the first place." 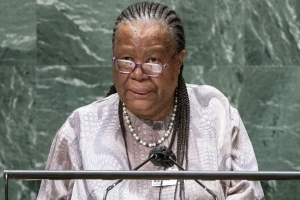 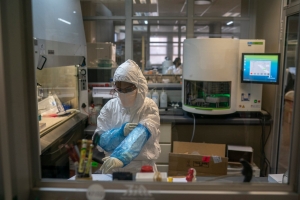 As the United States and European countries close their borders over fears over the recently detected coronavirus variant, many South Africans say they feel as if they are being “punished” for alerting global health authorities.

Hours after South African scientists announced the existence of a new variant that they said displayed “a big jump in evolution,” Britain banned travelers from southern African nations. Other European nations and the United States quickly followed suit.

“I do apologize that people took a very radical decision,” said Tulio de Oliveira, director of the...

Read full story
Some content from this outlet may be limited or behind a paywall.
See full media bias rating for New York Times (News)
From the Right
13320
Coronavirus
South Africa says it is being 'punished' for 'excellent science' as nations around the world ban flights from the country after it detected Omicron variant
Daily Mail 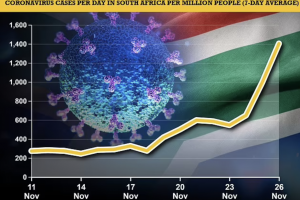 South Africa today said it should be 'applauded not punished' for detecting the super mutant Omicron Covid variant.

The strain makes vaccines at least 40 per cent less effective against transmission than they are against Delta, according to experts, but scientists believe jabs still prevent it causing severe disease and hospitalisations.

Britain, the US and EU all banned flights from southern Africa coming into their countries yesterday after the discovery of the strain, which originated in the region.

But the South African foreign affairs ministry said the decision 'is akin to...

News
It's official: Stock market having worst start to year ever
Axios

News
As pandemic hits another pivot point, so do many Americans
Christian Science Monitor