A second attempt to evacuate Ukrainian citizens from the port city of Mariupol collapsed Sunday morning along with a temporary ceasefire agreement with Russia.

While approximately 200,000 people were assured a safe route out of Mariupol during a 10 a.m. to 9 p.m. local ceasefire, Ukrainian officials said "shelling intensified" as soon as the evacuations began. Russian President Vladimir Putin, whose recent behavior has concerned many world leaders, blamed Ukrainian leaders and refused to halt the invasion until Kyiv stopped fighting. Ukrainian President Volodymyr Zelenskyy has remained defiant, urging his people to keep fighting back against Russian invaders. “It is a special kind of heroism — to protest when your city is occupied,” he said. According to the United Nations, more than 1.5 million Ukrainians have been forced to flee their homes as Russian forces continue to target missile attacks on civilian areas.

Russia's invasion of Ukraine has continued to be the top story on most outlets' front pages across the political spectrum, with many comparing the escalating humanitarian conflict to World War II. 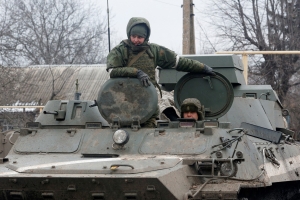 Russia continued its assault on Ukraine Sunday morning on the 11th day of its invasion, a day after a temporary ceasefire fell apart and Russian President Vladimir Putin threatened Ukrainian statehood.

Putin once again blamed Ukraine leaders for Russia’s violent invasion, threatening on Saturday that if they “continue to do what they are doing, they are calling into question the future of Ukrainian statehood.”

“It is a special kind of heroism — to protest when your city...

200,000 civilians remain trapped in the besieged Ukrainian city of Mariupol as the Russian cease-fire fails for a second time
Insider 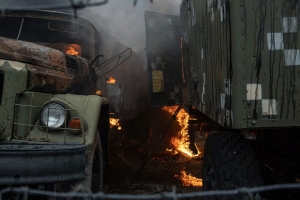 A second cease-fire announced by Mariupol City Council to allow civilians to escape through a designated safe route out of the city fell apart when Russian troops began "heavy shelling."

"The evacuation convoy with the local population could not leave Mariupol today: the Russians began regrouping their forces and heavy shelling of the city. It is extremely dangerous to take people out in such conditions," a statement on the Telegram channel read.

The International Committee of the Red Cross, aiding the proposed evacuation from Mariupol in southern Ukraine, also tweeted to... 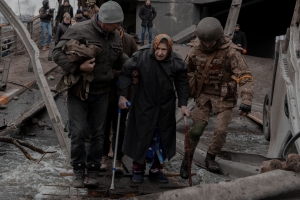 Russian President Vladimir Putin said on Sunday his campaign in Ukraine was going according to plan and would not end until Kyiv stopped fighting, as efforts to evacuate the heavily bombarded city of Mariupol failed for a second day in a row.

He made the comments in a phone call with Turkish President Tayyip Erdogan, who appealed for a ceasefire in the conflict that the United Nations says has created the fastest growing refugee crisis in Europe since World War Two.