World leaders and political analysts are starting to raise concerns about Russian President Vladimir Putin's state of mind as he continues to escalate his country's invasion of Ukraine.

U.S. intelligence agencies are reportedly keeping a close eye on Putin for "any significant behavioral changes" after being directly sanctioned. Some experts have labeled some of Putin's recent decisions as "irrational" and "out of character," including his move to put Russia's nuclear forces on alert and labeling declarations of a no-fly zone over Ukraine as a "participation" of war. Previous intelligence reports suggest that Putin's prolonged period of isolation during the COVID-19 pandemic contributed to his "increasingly isolated and paranoid world view." Putin biographer Mark Galeotti echoed this sentiment on Good Morning Britain last week, emphasizing how Putin has shifted from being a "very cautious and risk-averse" leader to seemingly "an old man in a hurry." Galeotti and other academics have highlighted how Putin is "obsessed with his historical legacy" and doesn't "feel confident of his hold on power" having democratic states on his country’s border.

The vast majority of voices across the political spectrum have been highly critical of Putin's actions and his state of mind. The Daily Beast (Left bias) suggested that Russians should "take action and stop their leader" as they don't face the same penalty of death as "those who lived under Stalin and Hitler" did. The New York Post editorial board (Right bias) affirmed that Putin "has offered no rational justification for invading Ukraine."

See Today’s News »   More Headline Roundups »
From the Center
7963
Russia
What is Going On Inside Vladimir Putin's Head? 12 Experts Weigh In
Newsweek 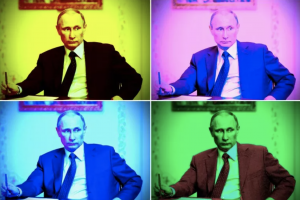 Russian president Vladimir Putin is keeping the world guessing as western intelligence says the invasion he ordered of Ukraine has not been as successful or as swift as he had hoped.

Nearly a week into the largest military campaign in Europe since World War Two, Russian forces have encountered fierce resistance from Ukraine while global condemnation has spurred sanctions that have roiled the Russian economy.

Before the invasion, Putin humiliated his spy chief, Sergei Naryshkyn in a Russian Security Council meeting which showed the president relishing being in control.

Read full story
Some content from this outlet may be limited or behind a paywall.
See full media bias rating for Newsweek
From the Right
7963
Russia
What’s Going On With Vladimir Putin’s Weird Behavior?
The Daily Caller 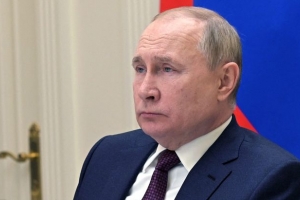 A collection of weird reports are making people question what is actually going on with Russian President Vladimir Putin.

Republican Florida Sen. Marco Rubio sent a cryptic tweet Feb. 25 in which he wrote, “I wish I could share more, but for now I can say it’s pretty obvious to many that something is off with #Putin.” Given Rubio’s seat in the Senate Intelligence Committee, it’s possible he’s privy to classified information regarding Putin’s health and wellbeing in the wake of his invasion of Ukraine. 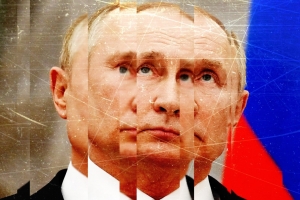 There is a lot of talk in the West about Russian President Vladimir Putin being mentally unhinged. How could he not have known that his invasion of Ukraine would have serious consequences for his country? Or is he so obsessed with maintaining an image of greatness—especially ahead of Russia’s upcoming 2024 presidential elections—that he doesn’t care?

Either way, Putin risks losing the confidence of his people, whose economic suffering will increase as the conflict continues.

Perhaps the question of Putin’s sanity is beside the point, because there is little the West can do about...