President Donald Trump and former Vice President Joe Biden will square off Tuesday night in Cleveland for their first debate, with five weeks left before the election.

Media from the right, left and center offer their take on what to watch for tonight, while more than a million Americans have already cast their early ballots. 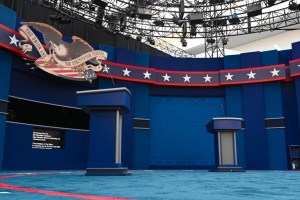 The debate is high stakes and carries risks for both candidates.

Here are six questions ahead of the debate, to be moderated by Fox News Sunday host Chris Wallace beginning at 9 p.m. ET and held at Case Western Reserve University in Cleveland.

Presidents up for reelection often struggle in their first debates. It happened to Barack Obama, both Bushes, Ronald Reagan and Jimmy...

Read full story
See full media bias rating for NPR (Online News)
From the Right
308
Elections
Home Stretch: Are the First 60 Minutes of Tonight's Debate the Most Important Hour of the 2020 Campaign?
Townhall 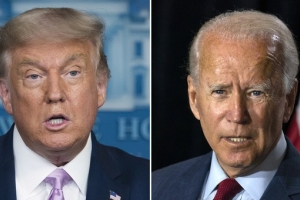 That headline may read like an overwrought hot take, but bear with me. The 2020 election has been packed with wild news cycles and massive, 'game-changer' level events -- ranging from everything related to the global pandemic, to the massive resulting economic fallout, to racial tensions and dramatic social unrest, to a hugely consequential Supreme Court vacancy. That list merely scratches the surface, ignoring myriad all-consuming media tempests like Bob Woodward's book and Trump's tax returns, as well as more typical high-profile political events such as the major party conventions....

When President Trump and Joe Biden meet on stage in Cleveland,on Tuesday night, they arrive as two well-known entities. Mr. Trump, the incumbent president who shares his opinions on Twitter every day and in almost daily media appearances, and Biden, the Democratic nominee who has been in public life for decades.

But Tuesday marks the first time they will tangle face-to-face as the nation watches. That first debate will answer a number of questions, and set the tone for the next two, even as Americans have already begun casting...