An Illinois judge has blocked Gov. J.B. Pritzker's effort to extend the state's stay-at-home order past the initial 30 days. The judge granted a temporary restraining order to state Rep. Darren Bailey, who argued that the rural lifestyle of his constituents already hinders the spread of disease, and suggested orders need only apply to Chicago and its suburbs. A review of the case is ongoing; Pritzker (D) reportedly accused Bailey of being “blindly devoted to ideology and the pursuit of personal celebrity." While the temporary injunction is only applicable to the petitioner, experts predict that precedent may be set if others file suit. State Attorney General Kwame Raoul (D) has appealed the court's decision. 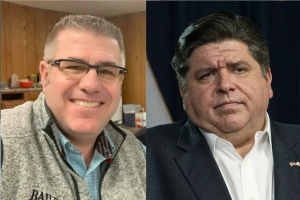 A downstate judge on Monday agreed with a Republican legislator that Democratic Gov. J.B. Pritzker lacks the legal authority to force him to stay home past 30 days during the coronavirus pandemic.

It’s a decision that only applies to the Southern Illinois lawmaker – state Rep. Darren Bailey – but the governor said it will endanger all Illinoisans and open the door for others to file suit.

Read full story
Some content from this outlet may be limited or behind a paywall.
See full media bias rating for Chicago Sun-Times
From the Center
13268
Public Health
Pritzker appeals judge’s ruling against Illinois stay-at-home order
WGN

The appeal calls for a reversal of that ruling, and to dissolve Republican Rep. Darren Bailey’s temporary restraining order.

Bailey, a Xenia resident, argued Pritzker did not have the authority to extend his stay-at-home order beyond the initial 30 days. He said the state already has a plan in place... 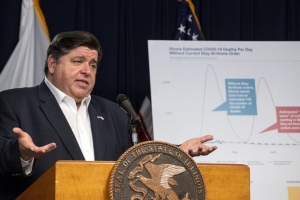 An Illinois court has ruled against Gov. J.B. Pritzker in a case brought by a Republican state lawmaker seeking a temporary restraining order against the state's stay-at-home order aimed at stopping the coronavirus — a ruling that applies only to the one lawmaker but could have wider consequences if others try to follow suit.

The lawmaker, state Rep. Darren Bailey, filed a motion late last week that sought to prevent the governor "from taking any action ... which orders Darren Bailey to stay at home, or at his place of...

Student Leadership through Civics Learning: Implementing PB in Your School

News
CDC director announces agency overhaul, says it must ‘do better’ after COVID-19 review
The Hill