How Would Overturning Roe v Wade Impact the 2022 Elections?

Before news broke on the Supreme Court’s expected decision to overturn Roe v. Wade, analysts across the spectrum predicted bleak 2022 election prospects for Democrats. Now, some are wondering whether electoral dynamics have shifted.

Both pro-life and pro-choice demonstrations broke out across the country Monday night and continued on Tuesday. In a viral video, Sen. Elizabeth Warren (D-Mass.) said she was “angry, upset and determined” and joined Democrats in calling on Congress to codify Roe. Meanwhile, Sen. Lindsey Graham (R-S.C.) joined most Republicans in criticizing the leaker of the draft opinion, saying, “If it’s a conservative, you are a traitor to the cause. If it’s a liberal, you are the dumbest person in Washington because it is not going to change the midterms.”

Almost immediately, voices from across the spectrum weighed in on how overturning Roe would impact the 2022 elections. Neither the left nor the right appeared to display a unified message. Articles in Politico (Lean Left bias) said Democrats were “jolted” from “political malaise” on Monday but were “skeptical” that they would be saved from a “brutal midterm environment” on Wednesday.

Meanwhile, former President Donald Trump said he didn’t think removing federal abortion protections would have a “tremendous effect” on the midterms. In contrast, Fox News (Right bias) host Jeanine Pirro said there was “no better way” to “gin up the left” and avoid an election “bloodbath” for Democrats. 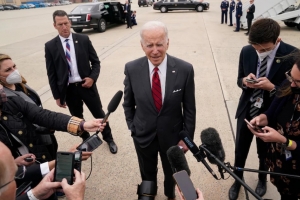 In an already divided country, political battle lines hardened Tuesday with the prospect that the Supreme Court is poised to overturn Roe v. Wade — a move that threatens to upend the 2022 midterm elections and turn the campaign into a massive mobilizing effort over the issues of abortion, individual rights and the contrasting philosophies of the two major political parties.

Supporters of abortion rights and their Democratic allies predicted that the thunderclap heard Monday night with Politico’s publication of a leaked draft opinion by Justice Samuel A. Alito Jr. would reverberate through...

What Would Striking Down Roe v. Wade Mean For The Midterms?
FiveThirtyEight 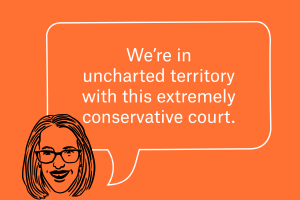 Welcome to FiveThirtyEight’s politics chat. The transcript below has been lightly edited.

sarah (Sarah Frostenson, politics editor): It’s possible that Roe v. Wade, the landmark 1973 decision that established the constitutional right to abortion, is about to be overturned.

Late on Monday, Politico published a draft Supreme Court opinion that indicates a majority of the court’s conservative justices are ready to overturn Roe. There’s still a lot we don’t know at this point, including whether this opinion has changed — the draft Politico obtained is dated Feb. 10, and Supreme Court opinions often involve...

How Likely Is Abortion to be the Central Issue in the 2022 Midterms?
Jim Geraghty 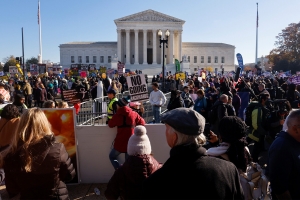 Sean Patrick Maloney, the chairman of the Democratic Congressional Campaign Committee, declared last night, “only Democrats will protect our freedoms. That is now the central choice in the 2022 election.” I can’t help but wonder how many gas stations with a price around $4.36 per gallon Maloney passed as he was typing that tweet.