Multiple polls released this week suggest that a majority of Americans continue to disapprove of the way President Joe Biden is handling the presidency.

A poll from Quinnipiac University says that 33% of Americans approve of Biden while 54% disapprove; the 33% approval rating is tied for the Quinnipiac poll's lowest mark for Biden since he took office. Data from FiveThirtyEight (Center bias) says 41% of Americans approve of Biden and 52% disapprove. CNN's poll puts Biden's approval rating at 39%, with 55% disapproving. Most of the marks are unchanged or slightly down over the past several months, as high inflation continues to irk the American public.

Biden's low approval ratings have been covered by news sources across the political spectrum, with extra attention from right-rated sources. Coverage on all sides framed the data as bad news for Biden and Democrats heading into the 2022 midterm elections. Some coverage from the right highlighted how Biden appears to have lost support among younger Americans and Hispanics. 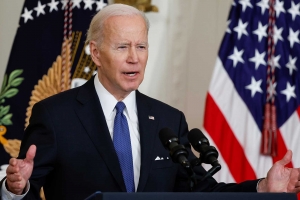 Joe Biden's recent job approval ratings, which are averaging 14 points lower than those early in his presidency, have declined far more among younger than older generations of Americans. In fact, Biden's job approval has changed relatively little among baby boomers and not at all among traditionalists. As a result, older Americans are now more likely to approve of the president than younger Americans are.

This analysis is based on aggregated Gallup poll data since Biden became president, dividing his presidency into three distinct periods defined by his average approval... 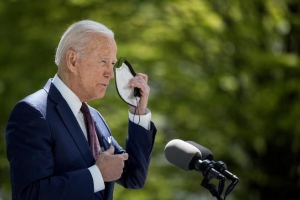 With just more than 200 days left until the 2022 election, there's little evidence that President Joe Biden's poll numbers are improving -- and there's some data to suggest things are getting worse.

They also make clear that the bump Biden... 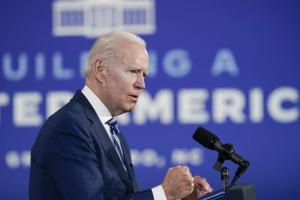 And the White House's inability to stem Biden's bloodletting will have down-ballot implications for Democrats in November, potentially kneecapping the president during the second half of his term.

Only one-third of adults approve of Biden, according to Quinnipiac University. A majority, 54%, of respondents disapproved of him. Another 13% did not have an opinion of the president more than a year after his inauguration.

Health Care Is Not a Right, No Matter What the Left Says
Townhall