How Will Inflation Impact Politics Ahead of the 2022 Elections?

How will record-high inflation affect the 2022 elections? What should be done to combat rising prices?

Consumer prices set yet another 40-year record for annual inflation in March, according to a Tuesday report. Rising prices were bolstered by a 22% monthly (70% year-over-year) increase in fuel oil prices driven by sanctions on Russian oil. Meanwhile, unemployment is approaching pre-pandemic levels, GDP is expected to grow 2.8% in 2022, and some have raised concerns of a potential upcoming recession.

The news sparked several reactions from political figures. Sen. Joe Manchin (D-W.Va.), a key vote for Senate Democrats, said Tuesday that “the Federal Reserve and the Administration failed to act fast enough” and “continue to respond with half-measures and rhetorical failures.” Many have raised concerns that sustained high inflation would hurt Democrats in the 2022 midterm elections.

Voices from the left and right generally repeated previously-stated explanations for inflation. The right often blamed President Joe Biden’s 2021 American Rescue Plan and the Federal Reserve’s reluctance to raise interest rates; one headline called it “Democrats' Bidenflation disaster.” The left tended to point to global supply chain disruptions and the coronavirus pandemic, often highlighting that prices were rising in many countries, not just the U.S. 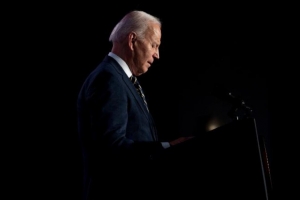 The Consumer Price Index -- a measure of inflation in the economy -- hit a four-decade high in March, a brutal reminder for Democrats of the political headwinds facing them as they seek to keep their majorities in the House and Senate this fall.

Prices rose 8.5% from March 2021 to March 2022, while they increased 1.2% from February to March. Half of the increase in the CPI was due to rising gas prices in March.

The Biden administration had been expecting a bad CPI number. "We expect March CPI... 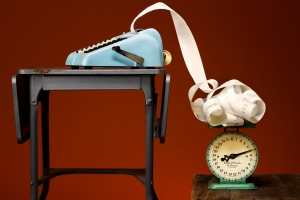 The inflation report for March came in hot, as expected: Consumer prices are up 8.5 percent over the past year. But more than two years into the pandemic, we’re still living on Covid time, where things can change very fast — so fast that official data, even about the recent past, can give a misleading picture of what’s happening now.

In this case, the Consumer Price Index — which roughly speaking measures average prices over the month — probably missed a downward turn that began in late March and is accelerating as you read...

Read full story
Some content from this outlet may be limited or behind a paywall.
See full media bias rating for Paul Krugman
From the Right
302
Economy and Jobs
Democrats' Bidenflation disaster
Byron York

You've seen the news — the government says inflation rose 8.5% in March compared to last year. That is up from the annual inflation rate last month, which was 7.9%. Both are the worst since 1981.

There are a lot of stories behind the big number. Inflation is up in every area of the economy. But the worst news concerns some very fundamental human activities: eating, finding warmth and shelter, and moving around. Look deep into the website at the Bureau of Labor Statistics, and you'll see how bad inflation is in those...