How Did Biden and the Democrats Beat the Odds in the 2022 Midterms?

The Democratic Party will retain control of the Senate. Control of the House of Representatives is still unknown, but should the Republicans gain a majority, it will be far slimmer than expected. How did the party in power with an unpopular president and record inflation manage to pull off a midterm success and thwart the expected 'red wave'?

What the Left is Saying: A CNN analysis determined, "general election voters punished Republican candidates they saw as too extreme." Another analysis from CNN credited record young voter turnout helping the Democrats. This was echoed by President Biden, who thanked young voters in his remarks the day after the election. An article in the New York Times (Lean Left Bias) credited the Democrat’s success to framing the midterm elections as a rebuke of former president Donald Trump and 2020 election deniers, writing, "Democrats cast the election as a referendum not on Mr. Biden’s record but as a verdict on the state of American democracy."

What the Right is Saying: An analysis in The Dispatch determined that Democrats found success by "meddling" in Republican primaries, writing, "Democrats spent more than $53 million boosting Trump-aligned candidates in 13 races," believing candidates with ties to the former president would be easier to defeat in the general election. A writer in the Daily Caller (Right Bias) determined that economy-based messaging pushed by Republicans failed to persuade young voters, writing, "inflation affected groups that tended to vote Democrat less than the average American."

Primary Meddling Pays Off for Democrats
The Dispatch 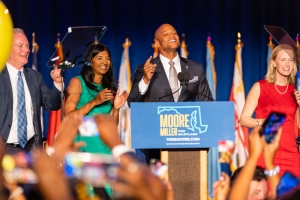 Democrats had a stronger Election Night than many analysts anticipated, buoyed in part by Trump-endorsed Republican candidates who performed worse than expected. But in six instances—three gubernatorial races, two House races, and one Senate race—Democrats actually participated in the process of selecting those Republican candidates by spending money in their primary campaigns. This cynical bet paid off.

Meddling of this nature isn’t unprecedented—in 2012, for instance, Missouri Democratic Sen. Claire McCaskill’s campaign boosted Todd Akin in the Republican primary before beating him in the general election. But many of the...

Open on The Dispatch
Possible Paywall 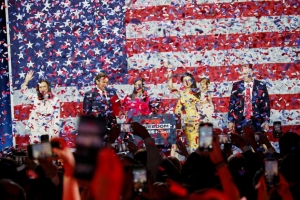 Democrats were enjoying a stronger-than-expected showing in the U.S. midterm elections early on Wednesday, as it appeared the party was limiting its losses in the U.S. House of Representatives and capturing important governors' races.

But as votes were still being counted in several states, there remained the possibility that Republicans could end up with control of both the House and the U.S. Senate.

Here are some takeaways from the election so far:

FETTERMAN HAS THE UPPER HAND 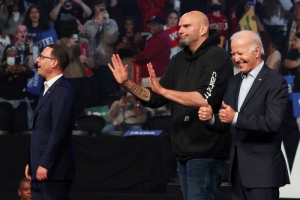 President Joe Biden and the Democratic Party have pulled off a midterm election for the record books.

Democrats have retained the Senate – doing no worse than holding steady at 50 seats and potentially gaining one – and look likely to keep any net losses in the House in the single digits.

Midterms are supposed to be the time for the opposition party to shine. That should especially be the case when there is once-in-a-generation inflation and when the vast majority of Americans think the country is on the wrong...