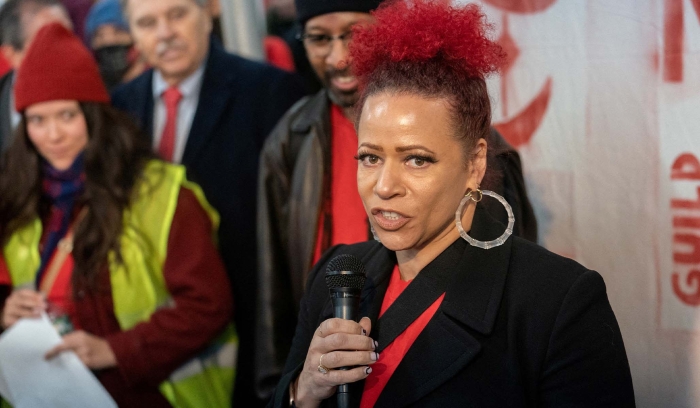 Nikole Hannah-Jones, editor of the New York Times‘ 1619 Project, spoke at a union protest outside of the Times building in Midtown Thursday, cheering on fellow employees who walked out after contract negotiations with management broke down.

Read full story
Some content from this outlet may be limited or behind a paywall.
Media Industry, Labor Unions, New York Times, Nikole Hannah-Jones