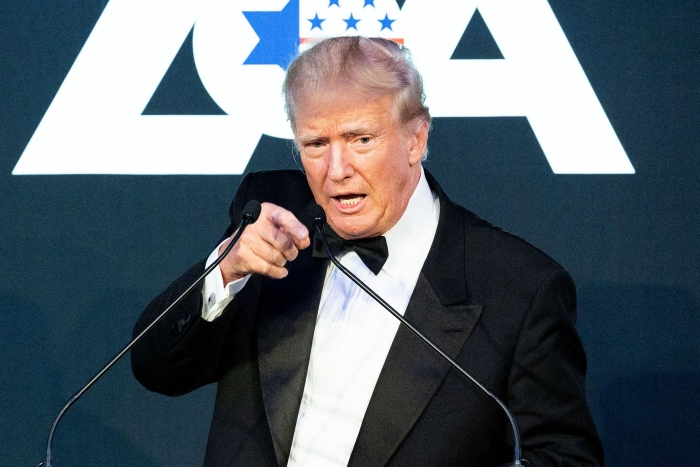 Former President Donald Trump was back peddling election fraud claims ahead of his expected announcement that he will be launching a 2024 presidential bid Tuesday night.

Taking to Truth Social after ally Kari Lake lost in the race for Arizona governor, Trump, 76, falsely claimed that the election was stolen from her.

“Wow! They just took the election away from Kari Lake. It’s really bad out there!” Trump wrote Monday night.