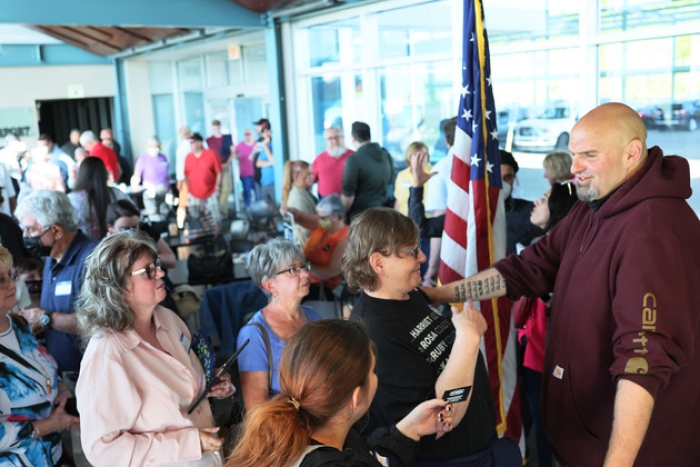 But head over to Pennsylvania Lt. Gov. John Fetterman’s website, or drop by one of his rallies, and that’s what you’ll find.

“It’s high time that we get our sh*t together and legalize weed in PA + USA. More justice, jobs, revenue, and freedom,” the top-selling T-shirt’s description reads.

Fetterman is arguably the nation’s most outspoken pro-weed politician. He supported legalization as mayor of Braddock, Pa., and during his unsuccessful 2016 Senate campaign. In 2019, as the state’s second-in-command, he held a statewide listening...

The States Poised to Restrict or Outlaw Abortion
PERSPECTIVES BLOG

Birx: Biden Admin Was ‘Hoping,’ Not Lying, When It Said Vaccines Would Stop COVID Spread
The Daily Caller