Freedom Convoy: Truckers cause chaos in Ottawa after second day of protests

Coronavirus, Transportation, Trade, Canada, Vaccine Mandates, The Americas
Save for Later
From The Center 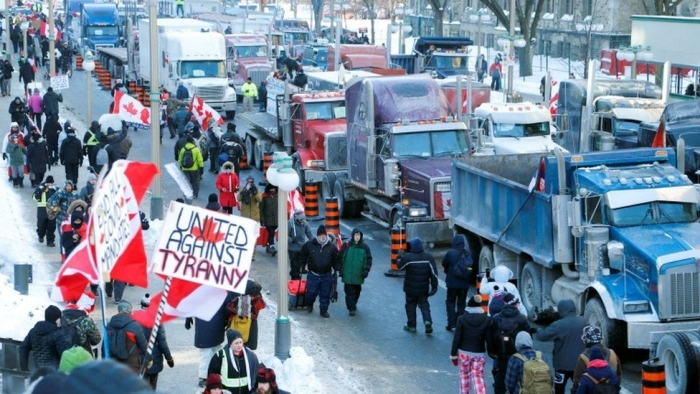 Protesters against a vaccine mandate for truckers crossing the US-Canada border have brought Canada's capital city to a standstill for a second day.

Thousands of demonstrators joined the so-called Freedom Convoy in Ottawa.

Police have started investigations after several incidents, including the appearance of swastika flags and footage of a woman dancing naked on the tomb of the unknown soldier.

Defence Minister Anita Anand said the incidents were "beyond reprehensible".

Ottawa police said in a Twitter post that "several" investigations were now under way into the "desecration" of a number monuments...