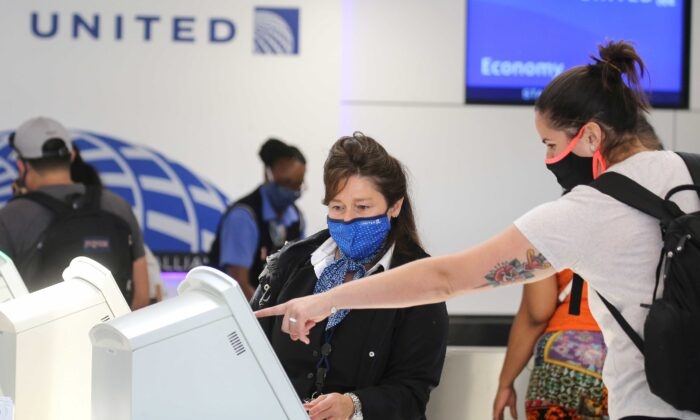 Multiple airlines across the United States canceled hundreds of flights on Christmas eve, citing a nationwide surge in Omicron cases which has directly impacted employees and flight crew.

The cancellations come as more than 109 million Americans are expected to travel 50 miles or more via airplanes and other forms of transportation to visit friends and family over the festive period.

That figure is an almost 34 percent increase from 2020, with 27.7 million more people traveling than last year, bringing the number of people traveling during the season to pre-pandemic levels, according to the American Automobile Association (AAA).

According to Flight Aware,...

Read full story
Some content from this outlet may be limited or behind a paywall.
Airlines, Business, Coronavirus, Delta Airlines, Life During Covid-19, Transportation, Travel, United Airlines

‘That Strength That We’ve Built Is Inflation’: Biden Attempts To Explain Plan To Address Rising Prices
The Daily Caller

Opinion
COVID Revealed America To Be a Nation of Rulers, Not of Laws
Reason