Life during covid-19, telework, Polarization, Republican Party, Democratic Party
Save for Later
From The Left 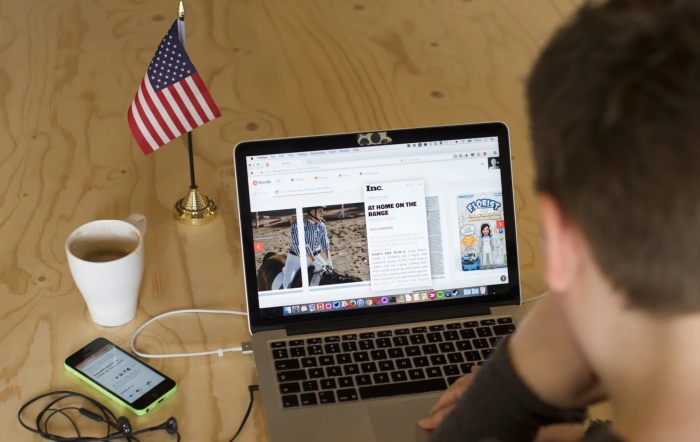 Most Americans approve of letting people work from home. But like many things in the US, that perception depends on one’s politics.

While Republicans are overall positive about remote work, they were less likely to approve of it compared with Democrats (81 percent versus 89 percent), according to a new poll by Vox and Data for Progress.

Republicans were also less likely than Democrats to say remote...

New York City’s classrooms reopened on Monday to roughly a million children, most of whom were returning for the first time since the United States’...

More than a year and a half into the Covid-19 pandemic, America still doesn’t agree on what it’s trying to accomplish. Is the goal to completely eradicate...

Unemployment Benefits Expire for Millions Without Pushback From Biden

Expanded unemployment benefits that have kept millions of Americans afloat during the pandemic expired on Monday, setting up an abrupt cutoff of assistance to...

The rancorous debate over whether returning students should wear masks in the classroom has moved from school boards to courtrooms. In at least 14 states,...

More Americans now disagree (41%) than agree (32%) that the Centers for Disease Control and Prevention (CDC) has communicated a clear plan of action in...

Despite the pandemic, wage growth held firm for most U.S. workers, with little effect on inequality

Despite the severity of the shock to the U.S. labor market from the coronavirus pandemic, the earnings of employed workers overall were largely...

Number of children and teens with COVID-19 exceeds 250,000 for first time since start of pandemic,...

The number of children and teens suffering from the coronavirus-borne illness COVID-19 exceeded 250,000 for the first time since the start of the pandemic in...

On Labor Day 2021, the end of enhanced unemployment benefits bring hope to US small businesses
ANALYSIS

Labor Day is traditionally an opportunity to recognize the contributions made by workers, but this year it's small businesses that are celebrating. That's...

Jill Biden returns to in-person teaching after admitting 'It's hard to learn on Zoom...

First Lady Jill Biden has said she will return to the Northern Virginia Community College campus next week to resume in-person teaching...

Lockdowns show enemies ‘how to bring the United States to its knees,’ Atlas says

The U.S. pandemic response has provided international bad actors with a blueprint on how to “bring the United States to its knees,” according to a former...

Back to School With No Idea What to Expect
OPINION

The officials in charge of running the nation’s public schools had all summer—and $122 billion in Covid relief funds from Congress—to plan for the first day of...