The Miami Building Collapse Is a Warning 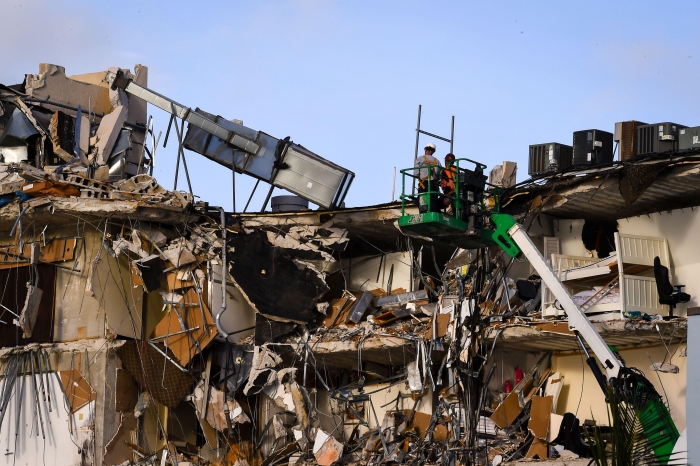 When I saw Thursday morning that a condominium building had partially collapsed near Miami Beach, the first question I had wasn’t if anyone had died (that was second), but to wonder why the building had collapsed in the first place. Really, it was to wonder if a building collapsing in Miami would be investigated as a potentially climate change–related disaster.

The on-the-ground details have only become more horrific as time has passed. At least four people are dead and as many as 159 are still not accounted for. First responders continue to search the rubble of the Champlain Towers South. Charles W. Burkett, the mayor of Surfside, the community where the 12-story building is located, told CNN on Thursday morning, “This is a horrific catastrophe. In the United States, buildings just don’t fall down.” That had certainly been my impression as well.

There was construction happening on top of the building when it began crashing down, and it had just begun being inspected as part of an every-40-years certification process. Officials say they don’t know yet if either factor had something to do with it. But I can’t help but return to the maps of the building’s location: While the Champlain Towers South wasn’t immediately on the coast, it sat on a thin barrier island flanked by the Atlantic Ocean on one side and Biscayne Bay on the other.

Read full story
Some content from this outlet may be limited or behind a paywall.
Climate Change, Disaster, Miami, Florida, Water and Oceans, Miami condo collapse