Why the Wuhan lab-leak theory is being taken seriously

coronavirus, Wuhan lab, China, Joe Biden
Save for Later
Add to My Front Page
From The Center 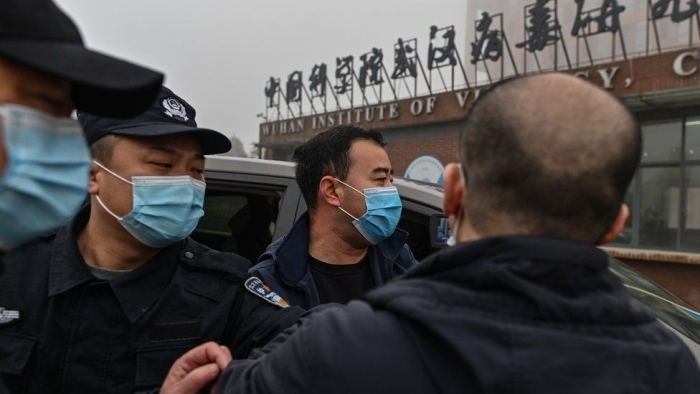 Nearly a year and a half since Covid-19 was detected in the Chinese city of Wuhan, the question of how the virus first emerged remains a mystery.

But in recent weeks the controversial claim that the pandemic might have leaked from a Chinese laboratory - once dismissed by many as a fringe conspiracy theory - has been gaining traction.

Now, US President Joe Biden has announced an urgent investigation that will look into the theory as a possible origin of the disease.

So what do we know about the competing theories...

PERSPECTIVES BLOG
When Differences Between Parties Don’t Seem as Important

The nation's top infectious diseases expert said Sunday he did not expect the U.S. will need to reenter lockdown, as the Delta strain of the coronavirus drives...

A sobering scientific analysis published Friday found that three-quarters of the people infected during an explosive coronavirus outbreak...

Vaccinated People May Spread the Virus, Though Rarely, C.D.C. Reports

In yet another unexpected and unwelcome twist in the pandemic, fully immunized people with so-called breakthrough infections of the Delta variant may...

The delta variant of the coronavirus appears to cause more severe illness than earlier variants and spreads as easily as chickenpox, according to an...

Vaccination is not enough by itself to stop the spread of variants, study finds

Vaccination alone won't stop the rise of new variants and in fact could push the evolution of strains that evade their protection, researchers warned Friday...

U.S. will not lock down despite surge driven by Delta variant, Fauci says

The United States will not lock down again to curb COVID-19 but "things are going to get worse" as the Delta variant fuels a surge in cases, mostly among the...

As pandemic shifts, so does some Americans’ view of it
ANALYSIS

American attitudes toward COVID-19 vaccinations may be slowly shifting toward more widespread acceptance as coronavirus cases surge in some states and...

About 74% of 469 COVID-19 cases associated with large gatherings held in Barnstable County, Mass., from July 3 to 17 were among fully vaccinated people,...

At a town hall on July 21, in Cincinnati, President Joe Biden, in stressing the importance of COVID-19 vaccines, made the following statement: “If you’re...

Dr. Anthony Fauci warned Sunday that more “pain and suffering” is on the horizon as COVID-19 cases climb again and officials plead with unvaccinated Americans...

They walk in pairs through neighborhoods, sharing their message door to door. Most are unpaid; they signed up for this work because they believe in it. Their...

The Centers for Disease Control and Prevention released a study Friday backing up its stricter new mask guidance, one that concluded that people...