coronavirus, Andrew Cuomo, New York, nursing homes, Corruption, Healthcare
Save for Later
Add to My Front Page
From The Right 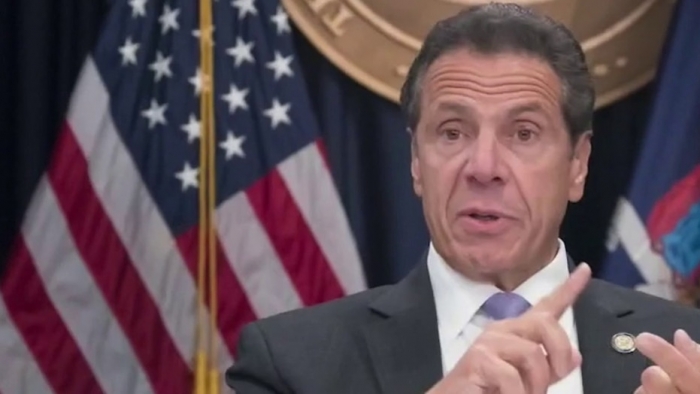 Details about the July report were disclosed Thursday night in a story first published by The Wall Street Journal.

NEWS
Half of U.S. adults have received at least one Covid shot in milestone for vaccination campaign
CNBC

Half of U.S. adults have received at least one COVID vaccination, CDC says

Almost 130 million people 18 or older, or about 50.4% of the total U.S. adult population, have received at least one dose of the coronavirus vaccine, according...

Republicans who refuse the Covid-19 vaccination are actively “working against” efforts to lift the very coronavirus restrictions they insist are an...

The Pandemic Remade Every Corner of Society. Now It's the Climate's Turn
OPINION

On her third day as the Secretary of Housing and Urban Development, Marcia Fudge phoned the White House. She had taken over an agency with a role to play...

On February 25, I got my first shot of the Pfizer vaccine bright and early, picked up a breakfast burrito on the walk home, and spent the rest of the day...

A year into pandemic, 15% of Americans find themselves in a deepening financial hole, poll finds

While most Americans have weathered the pandemic financially, about 38 million say they are worse off now than before the crisis began in the U.S. a year ago...

Half of U.S. adults have received at least one Covid shot in milestone for vaccination campaign

Half of all U.S. adults have now received at least one Covid-19 vaccine dose, according to data from the Centers for Disease Control and Prevention, marking a...

Half of all adults in the U.S. have received at least one COVID-19 shot, the government announced Sunday, marking another milestone in the nation’s largest-...

President Biden is facing a series of fresh obstacles in getting the coronavirus pandemic under control in the United States. Several states have seen an...

Over half of all adults in the United States have received at least one vaccine dose. A total of 50.4% of U.S. residents above the age of 18 have received...

Florida Gov. Ron DeSantis said on Friday that the federal government’s handling of the Johnson...

No, Dr. Fauci, We Are Not ‘Ruled by the Science’
OPINION

Dr. Fauci says that the FDA’s decision to pause deployment of the Johnson...

A bipartisan bill recently introduced in the U.S. Senate calls on the federal government to conduct its own investigation into the origins of the coronavirus...

The FDA and CDC’s call to pause Johnson...