Nancy Pelosi Is Talking to the White House About a Coronavirus Deal, But Won't Tell Us What's In It 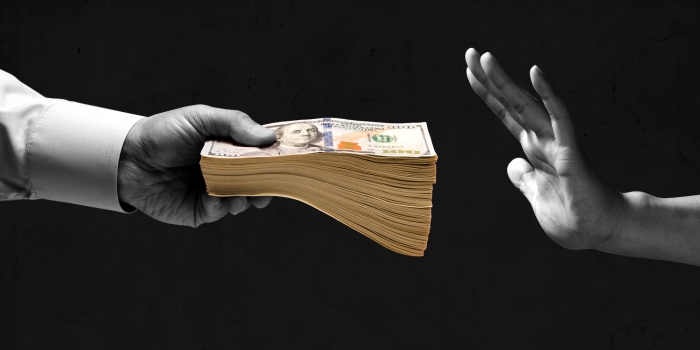 LAST FRIDAY, the Trump administration offered House Speaker Nancy Pelosi a $1.8 trillion stimulus deal, which she promptly rejected. It’s $400 billion smaller than the House Democrats’ plan and probably wouldn’t pass the GOP-controlled Senate. A handful of Democrats are calling on Pelosi to take it anyway, and dare Senate Majority Leader Mitch McConnell to be the one to kill it. Now, Pelosi and Treasury Secretary Steven Mnuchin are back on the phone, and reportedly inching closer to an agreement.

The United States broke its record for the highest number of confirmed coronavirus cases reported in a single day on Friday, an alarming sign that what some...

Out of Work in America

A conference call in which everyone on the line was laid off. An email declaring that a restaurant had served its last meal. A phone call from the boss before...

The U.S. Is Having One of Its Worst Coronavirus Weeks Since the Pandemic Began

The U.S. is having one of its worst weeks since the COVID-19 pandemic began, but despite that, few states appear prepared to tighten restrictions to bring the...

Remdesivir Is the First FDA-Approved Treatment for COVID-19

Remdesivir, an antiviral medication given intravenously, is now approved for anyone hospitalized with COVID-19. It works by blocking the virus’s ability to...

The Food and Drug Administration (FDA) on Thursday approved remdesivir for the treatment of hospitalized COVID-19 patients. The antiviral treatment, which...

The U.S. added nearly 84,000 coronavirus cases for the second-straight day, with new infections coming in barely below the daily record set the previous day...

Who's to blame for stalled stimulus talks?

Hopes that Congress might pass another round of economic stimulus before Election Day seem to be fading quickly despite apparent eagerness to reach a deal from...

The U.S. set a new record for new coronavirus cases in a single day Friday as the country undergoes an alarming new surge in infections. According to the...

The 'shocking' impact of COVID-19: Americans, young and old, have lost 2.5 million years...

Stephen Elledge was upset. A world-class molecular biologist and geneticist, Elledge felt like people were ignoring an important aspect of the COVID-19...

The United States is approaching a record for the number of new daily coronavirus cases in the latest ominous sign about the disease’s grip on the nation, as...

The Food and Drug Administration granted approval of remdesivir, an antiviral drug from Gilead Sciences and a treatment for COVID-19. The drug, sold under...

The Department of Health and Human Services announced on Friday that it had partnered with CVS and Walgreens to administer coronavirus vaccines to long-term...