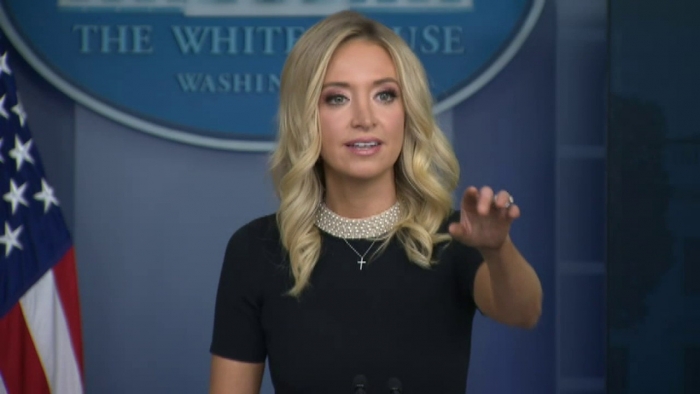 White House Press Secretary Kayleigh McEnany scolded reporters on Friday for its "lack of journalistic curiosity" in what the Trump administration believes to be the miscarriage of justice in the criminal case surrounding former national security advisor Michael Flynn.

CBS News Radio correspondent Steven Portnoy began his line of questioning by invoking remarks President Trump made in a recent interview where he suggested that people "should be jailed" for the "very obvious crime" that was committed against Flynn.