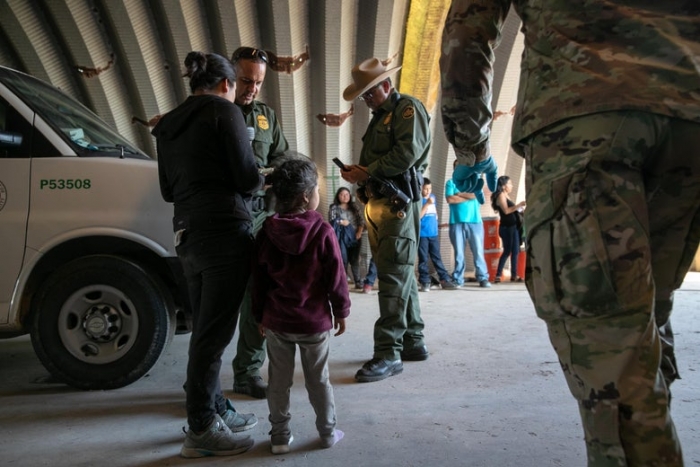 The Supreme Court ruled Wednesday that the Trump administration can begin denying asylum-seekers entry into the U.S. if they came to the country by passing through a third country and did not first seek asylum there. The ruling overturns a federal court injunction first issued in July that put a halt to a policy that targets Central American migrants—predominantly from Honduras, Guatemala, and El Salvador—who arrive at the southern border without having sought asylum in Mexico, or any third country, first.

Trump Says He “Disagreed” With Privately Funded Border Wall, So Why Did His Administration Award...

President Donald Trump complained via Twitter on Sunday that a privately constructed border wall in Texas was a bad idea and poorly done — not mentioning that...

Democrats are vowing to move forward with immigration reform if presumptive nominee Joe Biden is elected president and the party also takes back the Senate in...

Any legal pathway allowing illegal aliens to permanently remain in the United States, and eventually obtain American citizenship, is amnesty, Center for...

California became the first state to sue the Trump administration over a new visa rule that says international students must leave the United States if all...