Same-Sex Marriage, Gay Rights, LGBT Rights
Save for Later
From The Center 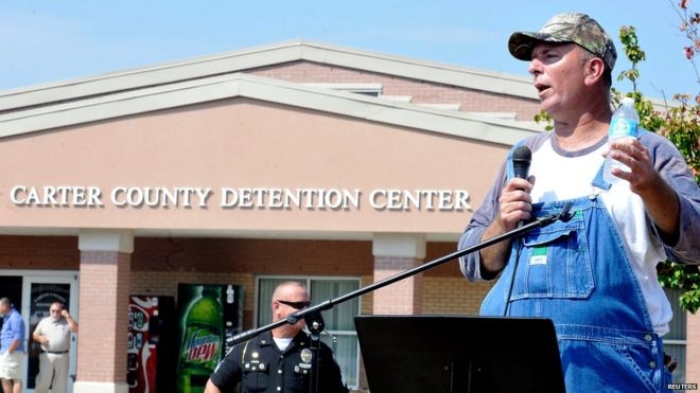 Hundreds have gathered in support of a county clerk in the US state of Kentucky who was jailed for refusing to issue marriage licences to gay couples.
Kim Davis, an elected official in Rowan County, has said the Supreme Court's recent ruling on the issue conflicts with her Christian beliefs.
Some of her deputies began processing the licences on Friday, providing one to a gay couple previously denied one.
However, there is disagreement over whether the licences are val