Republican National Committee (RNC) Chairperson Ronna Romney McDaniel said Tuesday the RNC may advise future Republican presidential candidates to skip debates hosted by the Commission on Presidential Debates (CPD), which has hosted all general election presidential debates since 1988, unless the CPD makes "significant reforms." In a letter to the CPD, McDaniel stated, "The CPD's repeated missteps and the partisan actions of its Board Members make clear that the organization no longer provides the fair and impartial forum for presidential debates which the law requires and the American people deserve." The letter comes after Trump repeatedly criticized the CPD for its format and moderators during the 2020 presidential election. McDaniel has requested a response from the CPD by the end of July.

Outlets from across the spectrum tended to highlight McDaniel's criticisms and Trump's allegations of bias. 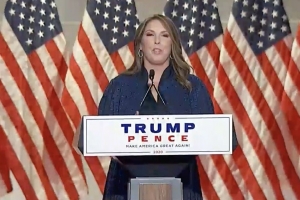 The letter from McDaniel follows a flood of criticism from former President Trump during the 2020 race complaining that format adjustments to health guidance during the coronavirus pandemic were unfair. McDaniel laid out a slate of changes she believes must be made and threatened that Republicans will be advised to boycott CPD-hosted debates if they are not. 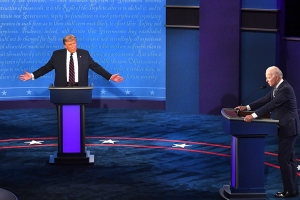 The Republican National Committee (RNC) is taking aim at the organization that for more than three decades has hosted and produced the presidential and vice presidential general election debates, warning that it may advise the next GOP presidential nominee to skip the debates unless significant changes are made.

The letter by RNC Chair Ronna McDaniel to the nonpartisan Commission on Presidential Debates (CPD) appears to be the latest example of the GOP taking issue with the commission and how it operates. Then-President Trump and his reelection campaign tangled multiple times with the commission last summer and autumn... 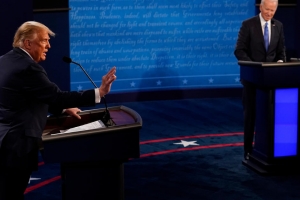 Republican National Committee Chairwoman Ronna McDaniel blasted the Commission on Presidential Debates in a letter on Tuesday over its handling of the 2020 debates and threatened to advise future GOP candidates against participating in the organization's events.

"The CPD's repeated missteps and the partisan actions of its Board Members make clear that the organization no longer provides the fair and impartial forum for presidential debates which the law requires and the American people deserve," McDaniel wrote.