Fox News, NBC, and Facebook have all pulled President Trump's controversial midterms immigration advertisement, prompting some to accuse left-leaning media organizations of bias. CNN declined to sell airtime for the ad as it was deemed too racist, but some have also criticized the network for constantly covering it, arguing that it gave Trump free publicity and allowed him to drive the narrative away from more important issues. 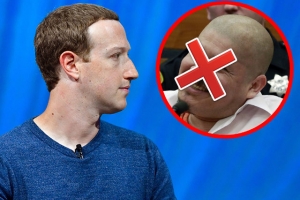 Facebook has refused ad purchases from President Donald Trump’s reelection campaign, which is seeking to encourage voter support for Republicans in competitive races before Tuesday’s

NBC and Fox News said in separate statements on Monday that their networks will no longer air the Trump campaign's racist anti-immigrant advertisement.

Trump’s penchant for fact-free stunts poses a challenge for news outlets on how to cover his presidency. The most recent example? His racist anti-immigrant ad, released this week.

Is Bernie cruising to the nomination? And is it too late for anyone to stop him?

Unless something happens to change the current trajectory, the senator from Vermont looks on track to become the Democratic nominee. He benefits from a divided...

Democrats who were initially skeptical of the prospects for a brokered convention now see it as a likelier scenario with eight candidates still battling it out...

6 Takeaways From The Nevada Democratic Debate

In Las Vegas — a city known for prize fights — the Democrats were gloves-off. And there was a new entrant in the ring, who took a lot of incoming: Former...

In a punchy debate worthy of Las Vegas, billionaire Michael Bloomberg came under attack from all sides. The field of candidates for the Democratic Party's...

In TV Mentions, Bloomberg Surges to the Fore

Three months ago, Michael Bloomberg was the ninth most mentioned Democratic presidential candidate despite having just entered the race, Joe Biden had more...

TheBlaze.com
Elections
Andrew Yang Joins CNN, So They Will Finally Ask Him Some Questions
OPINION

Jonah Goldberg
Elections
At Democratic debate in Las Vegas, expect a battle between Bloomberg and other candidates
OPINION

Riding a wave of several hundred million dollars worth of advertising – and despite the onslaught of negative information about his opinions on race, stop-and-...

Former New York City Mayor Michael Bloomberg will appear in a Democratic presidential debate for the first time when the candidates take the stage in Las Vegas...