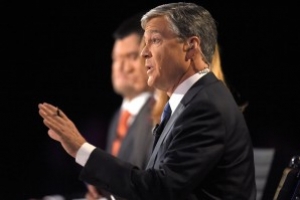 Texas Sen. Ted Cruz rocked an already feisty Republican presidential debate Wednesday night by accusing the moderators of trying to put on a "cage match," putting the questioners on their heels with criticism echoed by several other candidates on stage. 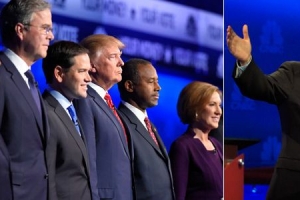 A day after going at each other in a third presidential debate, some Republican presidential candidates spent Thursday going after the debate process itself.
“It became irritating,” Marco Rubio told Fox News.

From “gotcha” questions that were deemed too snarky or biased to the crowded nature of the debate stage, some candidates said the Republican Party should consider changes to the format in the weeks and months ahead.

Read full story
Some content from this outlet may be limited or behind a paywall.
See full media bias rating for USA TODAY
From the Left
308
Elections
CNBC Debate Moderators Face Backlash After 3rd GOP Presidential Debate
ABC News (Online) 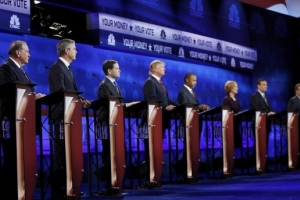 After a debate in which the candidates seemed to spend more time sparring with the moderators than with each other, the chairman of the Republican National Committee declared that CNBC, the host network, “should be ashamed.”