Presumptive Democratic presidential nominee Joe Biden has reportedly rejected an interview request from television journalist Chris Wallace. Wallace, a Fox News anchor, is generally known as one of the network's lone centrists. Wallace, who interviewed President Donald Trump last week, argues that Biden has not faced enough necessary scrutiny from the media. Biden's reported hesitance to be interviewed by Wallace has only been covered by one left-rated outlet as of Tuesday afternoon. Many right-rated voices are critical of other media for not questioning Biden more, accusing journalists of allowing political activism and favor for one presidential candidate to compromise the integrity of their work. Coverage from some right-rated outlets also framed Biden as incompetent and unfit to be interviewed. AllSides has Wallace rated as Center; he is a registered Democrat. 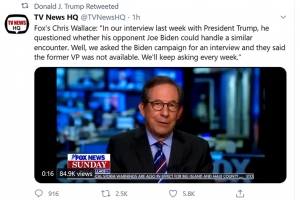 Fox News Sunday anchor Chris Wallace was the object of much praise last week over his big, newsmaking interview with President Donald Trump, but said Sunday that Democratic candidate Joe Biden declined the chance for a similar sit-down this week.

“In our interview last week with President Trump, he questioned whether his Democratic opponent Joe Biden could handle a similar encounter,” said Wallace at the end of his show. “Well this week we asked the Biden campaign for an interview, and they said the former Vice President was not available.”...

"In our interview last week with President Trump, he questioned whether his Democratic opponent, Joe Biden, could handle a similar encounter,” Wallace said. “This week, we asked the Biden campaign for an interview and they said the former vice president was not available.” 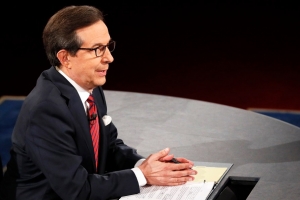 Though Wallace interviewed President Trump last week, Biden’s team has said this week the former vice president is “not available” for an interview, feeding into criticism that he avoids press scrutiny.

“The fact is, the president is out there. He’s out there in this broiling heat with me for an hour, he took all the questions,” Wallace told colleague Bret Baier. “You can like... 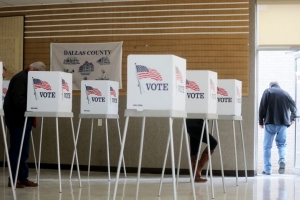