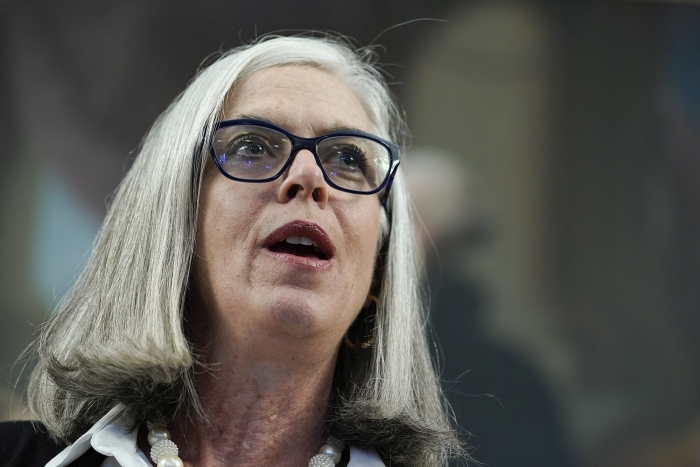 The daughter of House Minority Whip Katherine Clark was busted for allegedly spraying anti-cop graffiti and assaulting a police officer in Boston.

Riley Dowell, 23, was caught spray-painting “NO COP CITY” and “ACAB” — an acronym for “All cops are bastards” — on the Parkman Bandstand Monument in Boston Common during a protest Saturday, according to police.

Dowell — who is non-binary and was identified as “Jared Dowell” by police — was being detained for vandalism when “a group of about 20 protesters began to surround” the arresting officers.