Economy And Jobs, Inequality, Politics, State Governments, Housing And Homelessness
Save for Later
From The Right 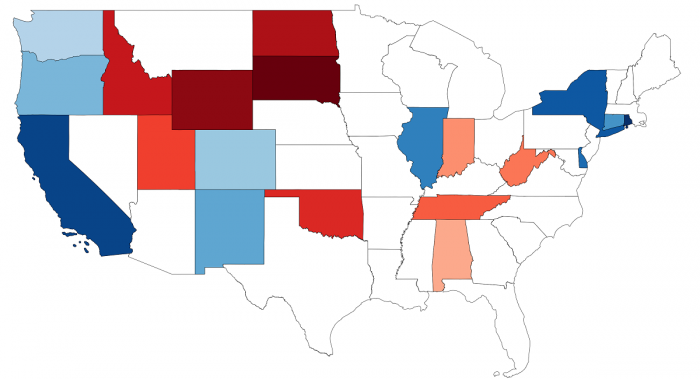 The more liberal a state is, the more likely it is to be home to income inequality, according to a Daily Wire analysis of newly-released Census data.

New York, Connecticut, and California had the biggest gulf between rich and poor, according to a Census Bureau yardstick called the Gini Index that measures how far an area is from “perfect equality (where everyone receives an equal share).” Utah, Indiana, and South Dakota had the least inequality. The Census Bureau’s detailed annual population study, the American Community Survey, was released September 15, and covered 2021.

Read full story
Some content from this outlet may be limited or behind a paywall.
Economy And Jobs, Inequality, Politics, State Governments, Housing And Homelessness

One-third of US veterans are arrested, report says
NewsNation

Reparations: The US town paying its black residents
BBC News

News
One-third of US veterans are arrested, report says
NewsNation

Analysis
As Americans Continue To Suffer, One Industry Is Raking In Massive Profits: DC Lobbyists
The Daily Caller

News
Expert: Food Shortages Could Be ‘Just as Deadly’ as Diseases, Next Global Threat
Breitbart News