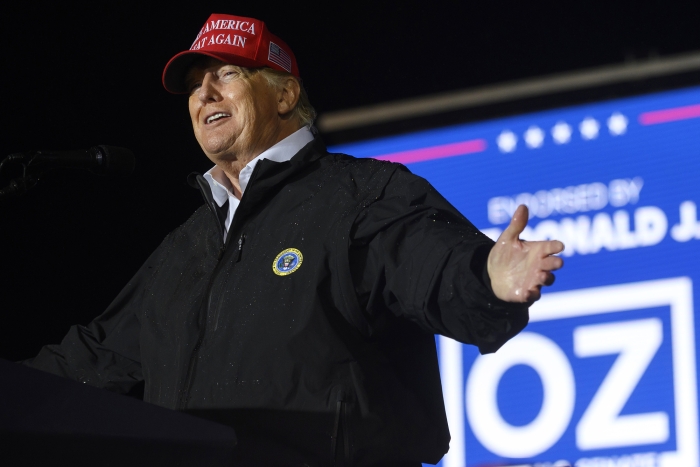 Trump endorsed Oz and attacked his chief rival, David McCormick, during the final stretch of the campaign.

The problem(s) with Trump’s pushback against the Jan. 6 probe
MSNBC

Opinion
The Biggest Takeaway From the First Night of the Jan. 6 Hearings Was About Mike Pence
Jeremy Stahl

Trump 'Should Be Very Worried' After Abortion Ruling: Jacobus
Newsweek

Analysis
An infamous day. A search for answers. Will America tune in?
Associated Press

News
Paul Ryan to campaign for Tom Rice, who voted for Trump impeachment
The Hill

Germans Laughed at Trump for Warning About Dependence on Russian Energy. Now They're in a Gas Crisis.
Townhall