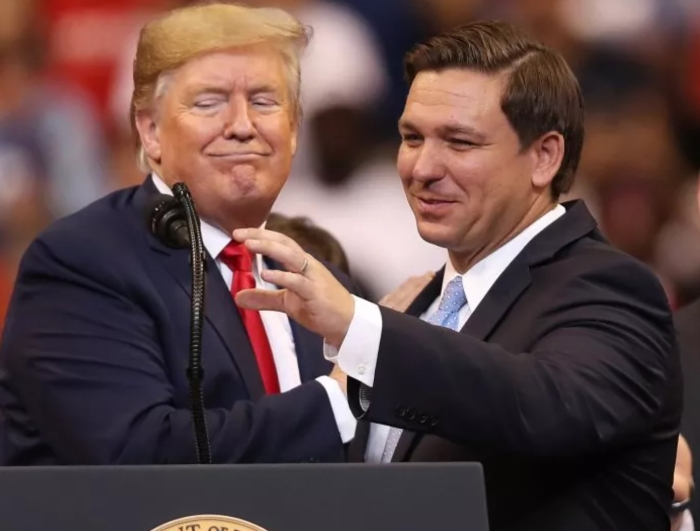 Donald Trump has denied reports of a rift between him and Ron DeSantis, insisting the claims are "totally fake news."

Speaking to Fox News' Sean Hannity, the former president said: "I get along great with Ron" and that he is doing a "terrific job" as governor in Florida.

"Ron was very good on the [Special Counsel Robert] Mueller hoax. He was right up front along with Jim Jordan and all of the rest, they were fantastic. The Republicans really stuck together and it was a great thing," Trump said.

Read full story
Some content from this outlet may be limited or behind a paywall.
Elections, 2024 Election, Republican Party, Donald Trump, Ron DeSantis