Abortion, Supreme Court, Roe v. Wade
Save for Later
From The Right 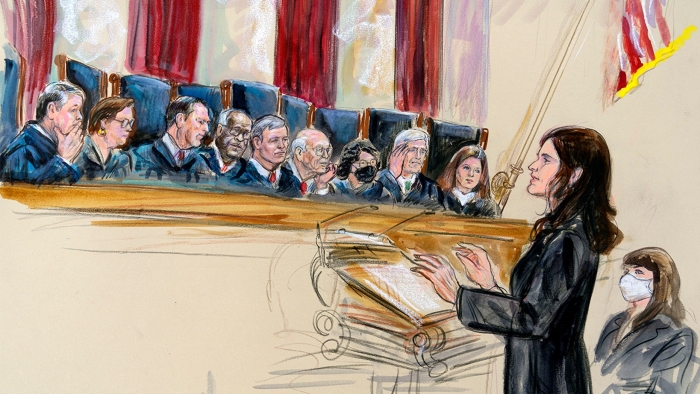 The Supreme Court case of Dobbs v. Jackson Women’s Health is the most significant abortion case in decades as the state of Mississippi is challenging Roe v. Wade. While political figures on both sides of the issue have focused on whether federal abortion rights will be maintained or eliminated, several moments during oral arguments indicated that neither may be the case.

Pro-life advocates are certainly hoping for a complete overturning of Roe. This would not ban abortion in the U.S. It would, as Mississippi Solicitor General Scott Stewart and Justice Brett Kavanaugh discussed, put the Supreme Court in a neutral position where it would not be in favor of or against abortion, but would be allowing the states to legislate on their own. This would likely result in abortion being banned in some states and remaining status quo in others.

Sen. Ted Cruz expressed hope following Wednesday’s arguments that this is the outcome of the current case.

"If you look at where the court really started to go wrong, the 1973 decision in Roe v. Wade started the Supreme Court down this very dangerous road of being deeply, deeply politicized," Cruz told Fox News’ Laura Ingraham Wednesday night. "What the justices said in Roe was ‘You silly voters, you don’t have a right to make any decisions regulating abortion. It doesn’t matter what you may vote to do, what your citizens vote to do, we nine unelected judges are going to decree the rules for you.’"