Roe v. Wade's future is in doubt after historic arguments at Supreme Court

Abortion, Supreme Court, roe v wade
Save for Later
From The Center 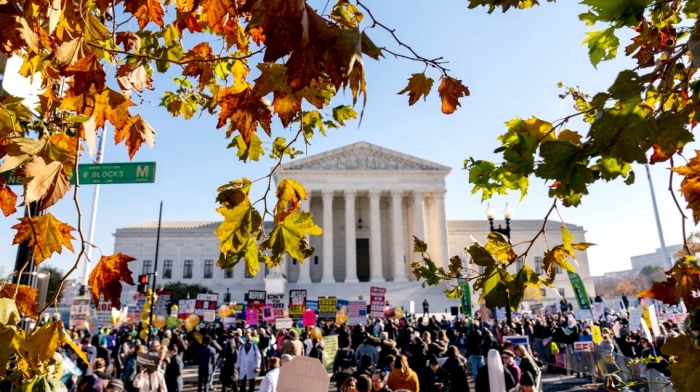 At issue in Wednesday's case — Dobbs v. Jackson Women's Health Organization — was a Mississippi law that bans abortion after 15 weeks. Until now, all the court's abortion decisions have upheld Roe's central framework — that women have a constitutional right to an abortion in the first two trimesters of pregnancy, when a fetus is unable to survive outside the womb, roughly between 22 and 24 weeks. But Mississippi asked the Supreme Court to reverse all of its prior abortion decisions and to return the abortion question to the states.