Netflix Responds To Far-Left Outrage Over Dave Chappelle: We Support His ‘Artistic Freedom’ 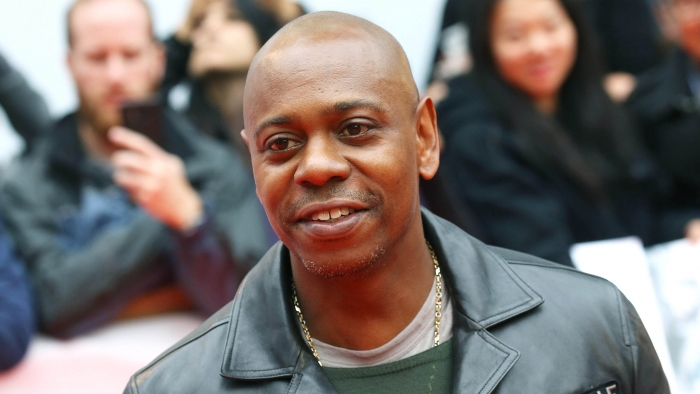 The Netflix special “The Closer” has been widely praised by many online and in reviews with audience scores reaching as high as 97% on the popular website Rotten Tomatoes. Chappelle triggered the far-left with jokes about the trans community, defending J.K. Rowling, and going after the LGBT community for trying to cancel a rapper over a comment the rapper made.

Read full story
Some content from this outlet may be limited or behind a paywall.
LGBT Rights, Culture, Business, Transgender, Dave Chappelle, Netflix

More News about LGBT Rights from the Left, Center and Right

Who belongs at a women's college in 2021? Students want admissions policies to change
NPR (Online News)

Analysis
Left-wing teacher out of a job after ripping Trump, the unvaccinated, climate deniers, 'dumb' parents — and threatening students who speak against LGBTQ
TheBlaze.com

Analysis
Rising shares of U.S. adults know someone who is transgender or goes by gender-neutral pronouns
Pew Research Center